Mikhail Gorbachev wanted to save communism, but he buried it instead 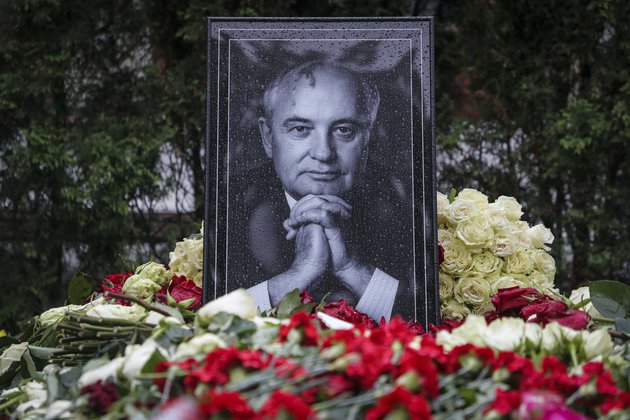 The death of Mikhail Gorbachev, the last leader of the Soviet Union, under whose leadership the communist bloc was brought to an end, was met in the west with tributes and personal reminiscences by leaders who had met him and enjoyed his company. This reverence wasn't matched in Russia or in several of the former Soviet satellites, where he is blamed for the turmoil that followed.

But, beyond debating the effectiveness of his policies of glasnost (openness) and perestroika (restructuring) and whether they had sounded the death knell for Soviet-style communist rule in Europe, few people really got to grips with what Gorbachev, himself, actually believed. But an obituary in the Daily Telegraph carried the following quote from his memoirs which can serve as a useful jumping-off point for assessing ideologies at the end of the cold war. It's also useful for drawing out lessons now. Gorbachev wrote:

Marx's humanism was also less a "do-unto-others" ethic than a vision of human beings flourishing by unobstructed work - which could be constricting (it left out other ways of being).

Gorbachev came to power in the Soviet Union in 1985. He is largely known for his innovations: glasnost and perestroika, which comprised his "new thinking" in both domestic and foreign policy. Obituarists admired his decency, but what the plaudits find merit in has often been off the mark. He was not a convert to western liberalism - he wanted to save communism more than bury it.

After the cold war had reheated in the early 1980s, Gorbachev pursued disarmament. He released political prisoners, renounced intervention in eastern Europe and allowed the rehabilitation of writers opposed to the Soviet system. By increments, he moved from the type of socialist who was a communist reformer to one resembling a social democrat.

Yet the boosters of his reputation are only half right, because in a fundamental way his aims and ideas were not just moving - they were also muddled.

Gorbachev's flagship statement of political theory is perestroika - which was the title of his 1987 book. It is a machine metaphor the book fixates on: the Soviet economy had become negatively affected by "braking mechanisms" such as alcoholism and drug addiction.

Gorbachev was caught between two political practices that were typical of the cold war fought by both sides: dissenting and rebelling. Dissenting meant reforming the cold war world, at home and abroad. Rebelling meant going beyond it entirely.

Dissenters in religion are those proclaiming distance from an established church but maintaining faith. Dissidents reflected Gorbachev's observation that pure communism was akin to Christianity. Dissent meant "revisionist" Marxism-Leninism, but in 1968 the crushing of the Prague Spring killed this, driving dissenters to become rebels rather than reformers and reject communism entirely.

In the immediate post-Soviet world, US philosopher Francis Fukuyama wrote The End of History and The Last Man (1992), which climaxed in the dawn of a universal liberal order. Neoliberalism as a political theory became the mood of the time - not the communist idea of "from each according to his ability, to each according to his needs". It ushered in an era of western triumphalism.

Seen in this light, the west's praise for Gorbachev is actually self-praise. The cold war was not a morally equivalent contest: east and west were not equally guilty. But both sides told simplifying narratives.

The east's story? The struggle for peace in the face of aggressive imperialism - something Vladimir Putin has attempted to foreground, apparently unironically, for the purposes of Russia's war in Ukraine. But, by the 1980s, Gorbachev's leadership had already called that into question. The west meanwhile told a story that exaggerated the defence of the "free world" against the totalitarian state. This was the story that prevailed - certainly at the time.

The rise of populism

The fall of the Berlin Wall in 1989 brought a sense of glee in the west rather than a sense of decency and appreciation of the political thought being shaped. A liberalism emerged that headlined opposition to repression - but it tended to ignore exploitation, in post-communist states as well as elsewhere in the world. And exploitation has more recently become one of the wellsprings of contemporary populist reactionism.

When the global financial crisis of 2008 prompted widespread governmental austerity policies in the west, a stage was set for realising the belated effects of the west's handling of the post-cold war moment. Had enthusiasm for the free market been kept under some control, perhaps not quite so many western citizens would have made up a ready pool of followers for the post-globalism of Trumpists, Brexiteers, or Lepenistes and Zemmouristes.

Contemporary populism is far from being a straightforward social effect of poverty - the enthusiasm for xenophobic and racist policies and those who espouse them suggests the presence of as much noxious ideological conviction as economic despair. As Marx himself said, there is always a social context to the formation and force of ideas that spring to life in politics.