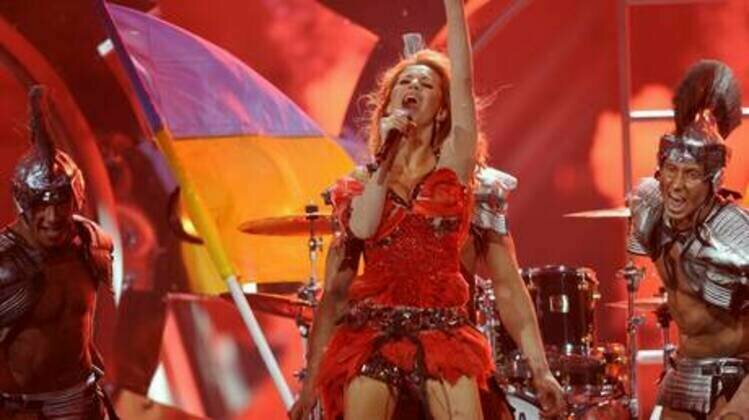 Ukrainian pop star Svetlana Loboda has been declared persona non grata by Lithuania, with the country's culture minister calling on venues and promoters to deny her a stage. The former Eurovision contestant was added to the blacklist despite repeatedly condemning Russia's military operation in Ukraine.

"After consultations with our Ukrainian partners, we are listing the performer as persona non grata," a spokeswoman for Lithuanian Foreign Minister Gabrielius Landsbergis told the BNS news service on Thursday.

Lithuanian Culture Minister Simonas Kairis added that since Loboda is a Ukrainian citizen living in Latvia, she can't be banned from entering Lithuania. Instead, she will be added to a list of "undesirable persons" and concert organizers will be encouraged - or coerced - not to go through with a series of planned performances.

Anyone platforming Loboda is "at risk" and could lose "their investments," Kairis told BNS, adding that "the state will always be on the right side."

Loboda speaks Russian and performed extensively in Russia during her three-decade career. However, she represented Ukraine in the 2009 Eurovision Song Contest and has given a highly critical series of interviews since fleeing for Latvia at the beginning of Russia's military operation in Ukraine in February.

Loboda has apologized for being "indifferent" to the Ukrainian side of the conflict in Donbass since 2014, described Russian President Vladimir Putin as "leading the country in the wrong direction," and pledged her loyalty to Ukraine "to the end."

The Ukrainian government may have taken issue with Loboda's insistence on continuing to speak the Russian language, which she described as something that "does not belong to the Russian authorities," or with her calls on her fellow Ukrainians to "be merciful" to Russians who don't support their government. Kiev has restricted the language rights of Russian-speakers in recent years, while senior Ukrainian officials have pressed the EU to deny visas to all Russians, regardless of their connection to the Kremlin.

Loboda has also had tour dates in Latvia canceled. Kairis cited these cancellations when calling on Lithuanian promoters to bar the 40-year-old singer from performing.