Who is Sophie Adenot, the French engineer destined for space 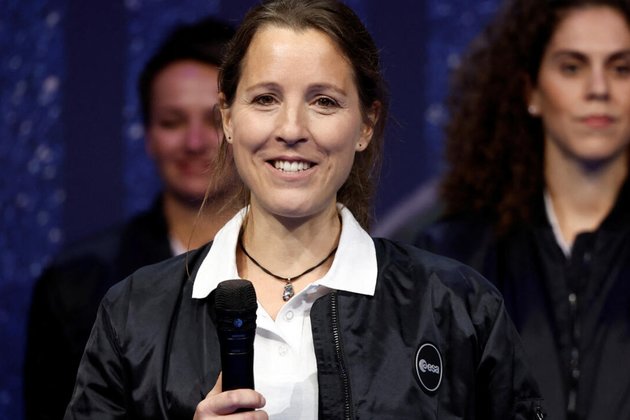 Sophie Adenot is the second French woman astronaut in history, after Claudie Haignere who made her first flight aboard the Mir station in 1996. She was one of five new astronauts selected to represent the European Space Agency (ESA).

The 40-year-old engineer from Burgundy was selected alongside one other woman and three men.

Picked from more than 22,000 candidates, they will join the seven active European astronauts, including Frenchman Thomas Pesquet.

"It's a pretty incredible moment, I've been dreaming of space since I was a little girl...it's hard to realize what's going on!" Sophie Adenot told the press after the announcement in Paris on Wednesday evening.

Raised to be curious about everything, Adenot grew up with the "soul of an explorer".

She graduated from the National School of Aeronautics and Space and has flown 3,000 flight hours as a helicopter test pilot in the Air Force.

Adenot also completed a masters at MIT in the United States on how to design a centrifuge to help astronauts train for different levels of gravity.

Her grandfather, a mechanic in the Air Force was one of the many people who inspired her.

"I would never have gotten there if I hadn't had role models," said the astronaut, pointing to the scientist Marie Curie and astronaut Claudie Haignere.

She also credits her success to "fantastic school teachers" who helped her to have confidence and later encouraged her to apply for the ESA.

Adenot spent 15 years giving lectures about the importance of science and was awarded the French National Order of Merit in 2022 for being an ambassador for gender equality in science.

From her new profession, she expects "a lot of science, technology, and also to be able to pass on passion to young people".

With her new colleagues, she will have to wait until spring 2023 to start training at the ESA European Astronaut Center in Cologne with a first mission in orbit probably from 2026.

"It's a new world, with a lot of unknowns, I'll learn the job as I go. I'm delighted to follow in Thomas Pesquet's footsteps," Adenot commented.

Pesquet said he was proud to see a Frenchwoman selected, as well as a second of his compatriots, Arnaud Prost, 30, who joins the reserve corps of the ESA.

"They have sturdy health, incredible skills, amazing CVs and above all, they passed psychological tests which scared me in retrospect", Pesquet, adding a word advice for the new recruits to be "patient" before their first flight - he had to wait seven years.

The five new ESA astronauts will begin with a visit to the International Space Station (ISS) initially - the few places for future lunar missions will be reserved for the previous generation already experienced in low orbit stays.