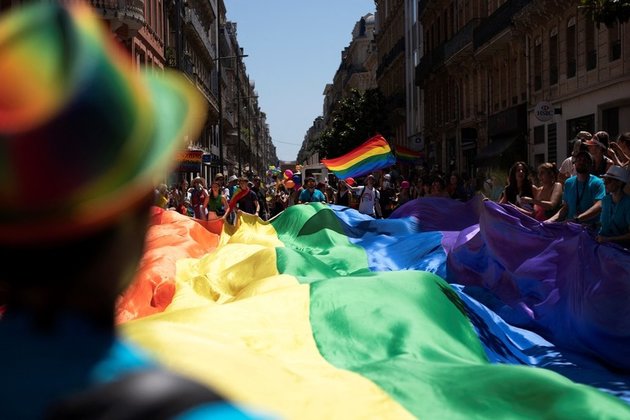 The new legislation has been unanimously supported by members of the State Duma, the lower house of the country's parliament

Russia's State Duma has voted to fully ban LGBTQ, pedophilia and sex-change propaganda in the country following the final reading of a bill on Thursday.

The legislation on the "protection of traditional values" was supported by all 397 MPs in the lower house of the country's parliament, passing without any opposition or abstentions.

The bill would outlaw such propaganda in advertising, books, movies and media. It's widely seen as a follow-up to a 2013 law, which banned the dissemination of LGBTQ materials among those under 18 in Russia. However, the new legislation applies to both minors and adults.

If the law comes into force, it would make it impossible for movies that promote non-traditional relations or sex change to obtain distribution licenses in the country. Products with similar content, including foreign material, will also be prohibited from being put on sale.

Huge fines are envisaged for violations of the new rules, with individuals facing a penalty of 400,000 rubles ($6,600) and corporate entities of up to five million rubles (around $83,000) for LGBTQ propaganda. Fines for promotion of pedophilia are double these amounts, according to the bill. Foreign parties who violate the law will also face expulsion from Russia.

State Duma Chairman Vyacheslav Volodin thanked his fellow parliamentarians for unanimously supporting the legislation, insisting that "this decision will protect our children, the future of the country from the darkness spread by the US and European states." Volodin rejected a call by US Secretary of State Antony Blinken, who earlier urged Russian lawmakers to "withdraw the bill and respect the human rights and dignity of all."

The new legislation would not apply to video games as MPs decided that their content should be subject to separate regulations. During the second reading of the bill on Wednesday, the parliament also rejected the idea of introducing criminal liability for repeated violations of the ban on LGBTQ propaganda.