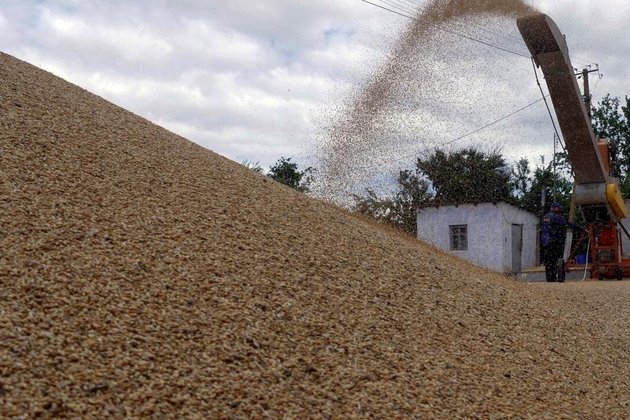 Russia says its grain harvest should hit a record 150 million tons this year - news that comes as other nations struggle with a food crisis brought on by a blockade on agricultural exports.

During a televised meeting on farm operations, President Vladimir Putin on Tuesday said 138.7 million tons of grain had already been harvested, with around 100 million tons of wheat expect before the end of 2022.

"The delivery of our grain and our fertiliser abroad unfortunately remains ... difficult," Putin said, adding that grain from Ukraine continued "to bypass" the poorest countries.

"Sanctions against Russia risk leading to a further deterioration of the situation, to a global food crisis.

"As of September 23, out of 203 ships that left the ports of Ukraine, only four went to the poorest countries under the United Nations programme."

Ukraine and European countries have denied the accusations.

Putin has repeatedly criticised a deal reached in Istanbul in July that lifted a blockade on grain exports from Ukraine.