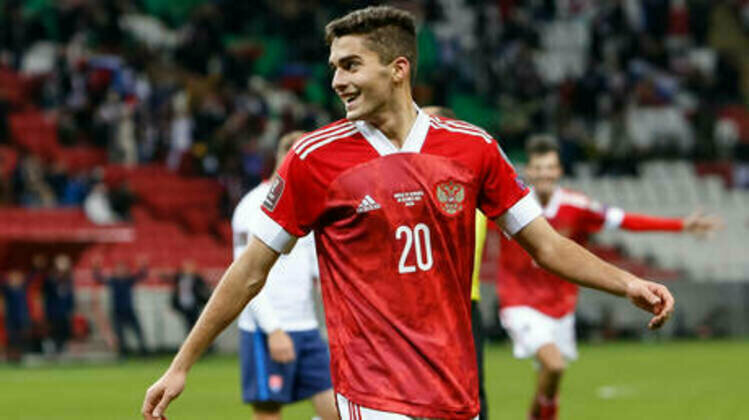 The football authorities in Armenia have denied any contact with teenage Russian football star Arsen Zakharyan, after claims he was considering acquiring Armenian citizenship ahead of a potential move to English Premier League team Chelsea.

Zakharyan, 19, was on the verge of joining Chelsea during the summer transfer window but a deal fell through over issues reportedly linked to sanctions on Russia and difficulty transferring the 15 million ($15.4 million) payment to Zakharyan's current club, Dynamo Moscow.

Chelsea and Dynamo are reported to have a "verbal agreement" in place to return to the deal in January.

Ahead of the transfer window re-opening at the start of 2023, football journalist Hrach Khachatryan has claimed that Zakharyan is considering claiming Armenian citizenship.

"Arsen Zakharyan is considering requesting Armenian citizenship. This is almost certainly due to his potential transfer in January," tweeted Khachatryan.

"However, there is also a chance that FIFA could make an exception and let him represent the Armenia national team instead of Russia."

The Samara-born Zakharyan has played four times for the senior Russian national team.

He became his country's youngest-ever outfield player at the age of 18 years, three months and six days old when making his debut in a World Cup qualifying match against Croatia last September.

Even though he has Armenian roots, Zakharyan's performances for Russia would ordinarily rule him out of swapping teams at international level.

However, sports lawyer Mikhail Prokopets told Russia's Match TV that in the current climate of the bans imposed on all Russian teams by FIFA and UEFA - which this week was confirmed to include Euro 2024 - he could not rule out exceptions being made.

"We cannot now speak with confidence about how FIFA will behave. We understand that the Russian national team, at least until mid-2024, until the end of Euro 2024, will not play in official international matches," Prokopets said.

Elsewhere, a press official from the Football Federation of Armenia denied that the organization has been in touch with the youngster.

"The Football Federation of Armenia, firstly, does not comment on the publications of individual journalists," press secretary Hayk Karapetyan told Match TV.

"Secondly, we once again assure that we did not contact Arsen Zakharyan regarding the change of citizenship."

Zakharyan was set to add to his national team appearances in Russia's friendly against Kyrgyzstan in Bishkek on Saturday, although he withdrew from the squad with a knee injury.

The playmaker, who regularly features on lists of the world's most exciting young football talent, has played nine times for Dynamo in the Russian Premier League thus far this season, scoring once and providing two assists.