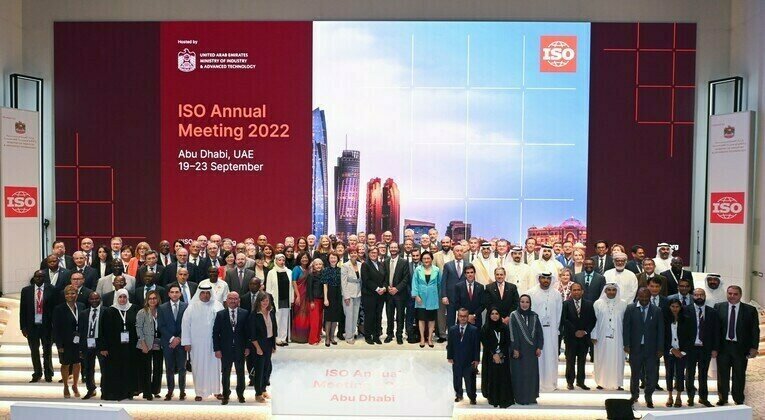 The decision was taken at the ISO General Assembly, which took place on Thursday during the ISO Annual Meeting 2022, being hosted by the Ministry of Industry and Advanced Technology (MoIAT) in Abu Dhabi.

The new President will replace Ulrika Francke, whose term ends in December 2023.

Omar Al Suwaidi, Under-Secretary of MoIAT, said, "I would like to express my ongoing support for Ulrika Francke and gratitude for her continuous and exemplary leadership as ISO President. I also wish to congratulate Dr. Sung Hwan Cho on his appointment as ISO President-elect. Finally, I congratulate our four new ISO Council members. Their election is a reflection of the Council's confidence in their capacities and this welcome addition to the Council will contribute greatly to the ongoing development of international standards."

During ISO's General Assembly, several sessions and panel discussion were held. A session titled "The circular economy: going digital", highlighted the role of new industry 4.0 technologies in accelerating the transition to clean energy and enhancing food security, in addition to the UAE Industry 4.0 programme.

"The London Declaration - one year on" session reflected on ISO's progress of the commitment it made last year to supporting climate action. "How relevant will we be in 10 years?", discussed how to ensure ISO remains important in the future. Additionally, "Can sustainable tourism really be sustainable?", examined how standards can help make travel more sustainable and ensure consumers are making informed decisions.

Furthermore, two Memoranda of Understanding (MoU) were signed by MoIAT with the aim of enhancing collaboration between leading national and international standards bodies. They were with ASTM International, and the American National Standards Institute (ANSI). Two additional MoUs were signed by MoIAT during the ISO Annual Meeting 2022, including with the Jordan Standards and Metrology Organisation (JSMO) and the Korean Agency for Technology and Standards (KATS).

The ISO Annual Meeting 2022 runs from 19-23 September under the theme of "Collaborating for good", with over 5,000 delegates gathering physically and virtually to discuss how standards can support international trade, innovation, and climate action.

Hosting the meeting in the UAE reflects the country's position as a globally recognised and established industrial hub that is conducive to business growth and exporting. The event signifies the global community's confidence in the UAE's quality infrastructure system as well as the role played by the country in helping to enhance standards and conformity at home and abroad.

With the UAE having been a key member of the ISO Council over the last decade, MoIAT is committed to collaborating with global counterparts, aligning with international standards and contributing to their development, and enhancing quality infrastructure while also exchanging experiences and sharing best practices.