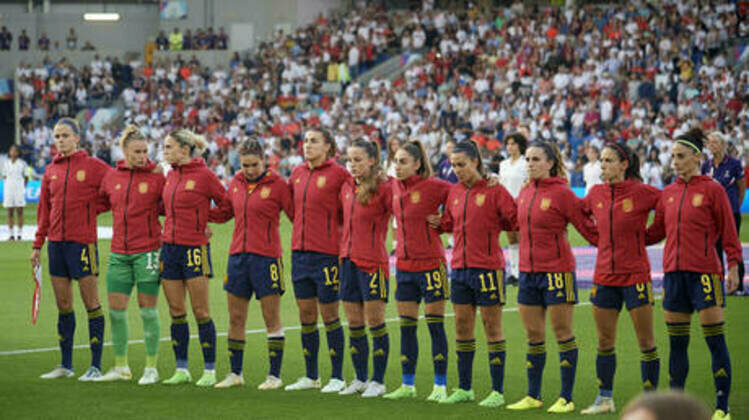 The Royal Spanish Football Federation (RFEF) has given its backing to women's coach Jorge Vilda despite 15 members of his international squad announcing that they would withdraw from selection for the national team if he continues in the role.

In a series of choreographed emails, the players - who have not been named - said in identical messages that playing for Vilda was deeply affecting their mental health.

According to numerous reports, the players are thought to be unhappy with the atmosphere Vilda is fostering in the squad, as well as instances of players being angry at being selected while injured as well as other elements of his team management and training methods.

But in a fierce rebuke, Spanish football authorities lambasted the rebel players and said that they had committed what they called "a very serious infraction" and stated that they could be facing a potential suspension of up to five years.

The RFEF also called for the players to issue an apology, adding that they would consider promoting players from lower age group squads to the senior women's team until an accord is reached between all parties.

"The RFEF can confirm that, throughout today, we received 15 emails from 15 players of the women's senior football team... in which they state that the current situation affects 'significantly' their emotional state and their health and that, 'as long as it is not reversed', they resign from the Spanish national team," it said in a Thursday statement.

"The RFEF is not going to allow the players to question the continuity of the national coach and his coaching staff, since making those decisions does not fall within their powers."

The RFEF added that it would view a refusal of a national team call-up in the harshest possible terms, up to and including a multiple-year suspension.

Vilda has been in charge of the women's national team since 2015 and led them to the quarterfinals of Euro 22, where they lost out to eventual winners England.

The man who occupied the role prior to Vilda, Ignacio Quereda, resigned after several players within his squad called for him to leave after Spain finished in last position in their World Cup group.