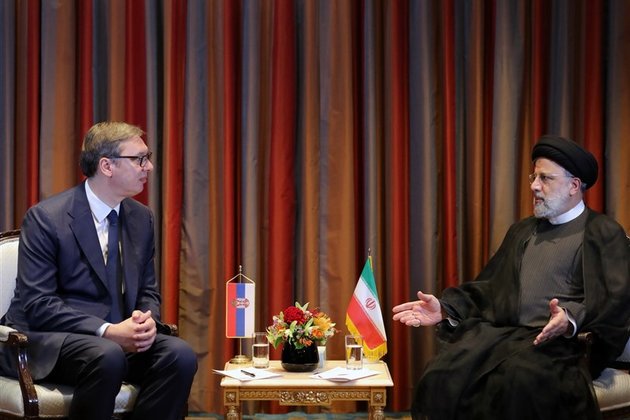 TEHRAN (Tasnim) - President of Iran Ebrahim Raisi called for the promotion of political and economic cooperation with Serbia.

In a meeting with his Serbia counterpart Aleksandar Vucic, held on the sidelines of the UN General Assembly in New York, Iranian President Ebrahim Raisi stressed the need to enhance political and economic cooperation between Tehran and Belgrade.

The president also described abandoning racial and sectarian approaches as the prerequisite for the establishment of peace in the world, adding, "The root cause of the past catastrophes and conflicts in the Balkans was the prevalence of racial approaches, and we hope in the new era, peace and friendship are established and the rights of all races and religions are preserved."

For his part, the Serbia president appreciated Raisi for agreeing to meet with him, and described Serbia an independent and unique country in Europe that does not follow the West's policies.

The president of Serbia also described protecting peace in the Balkans as one of his country's policies and said, "We favor the development of relations with Iran in all political and economic fields."