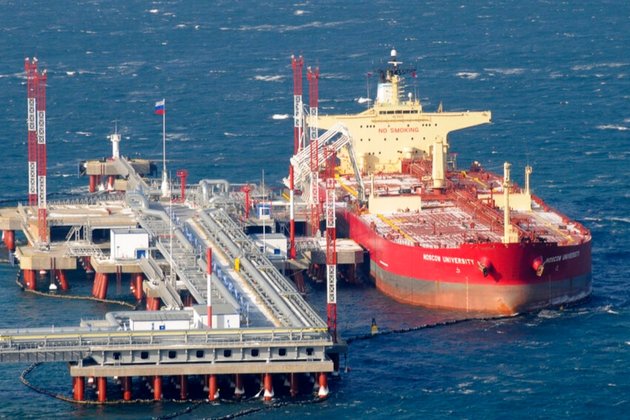 Washington - U.S. lawmakers moved Tuesday to give the administration of President Joe Biden expanded authority to enforce sanctions on Russia for the unprovoked invasion of Ukraine earlier this year. 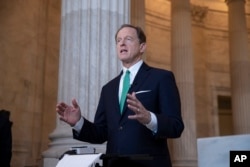 'We're effectively depriving the Russian government of the profits that they probably are using to fund this war,' Toomey told reporters on a press call Tuesday. 'We're going to demonstrate whether or not the free world has the resolve to prevent a brutal autocrat from redrawing international boundaries because he thinks he can.'

The United States and G-7 allies are expected to agree on a price cap for Russian oil exports by December, around the time a European Union oil embargo also goes into effect.

'If you want to set a worldwide price cap on Russian oil, you need to ensure that it's uniformly applied. And to do that, we believe you need the backup of the secondary sanctions. Otherwise, Russia will exploit big loopholes. And there are other countries like China that are already dramatically increasing their imports of Russian oil,' Van Hollen told reporters Tuesday. 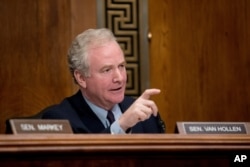 'If the price cap works, just as the administration hopes and we hope, then sanctions are never triggered, because you have a worldwide price gap. These sanctions will only trigger if the administration is not successful at achieving that uniform price,' Van Hollen said.

The framework calls for monitoring Russian oil purchases and would allow Biden to impose sanctions on countries and financial institutions that attempt to profiteer off a cap on Russian oil.

The U.S. and its allies also cut off Russian access to Western banking institutions and blocked many of Putin's family members and friends from traveling abroad.

'The United States has been joined by over 30 countries collectively representing more than half of the global economy and imposing sanctions, the largest sanctions regime in modern history,' Rosenberg said.

Rosenberg told lawmakers the threat of a price cap was already having an impact on the global market, changing the behavior of countries that have not imposed it.

The Toomey-Van Hollen framework is set to become the first major bipartisan Russian sanctions legislation introduced in Congress since this February.