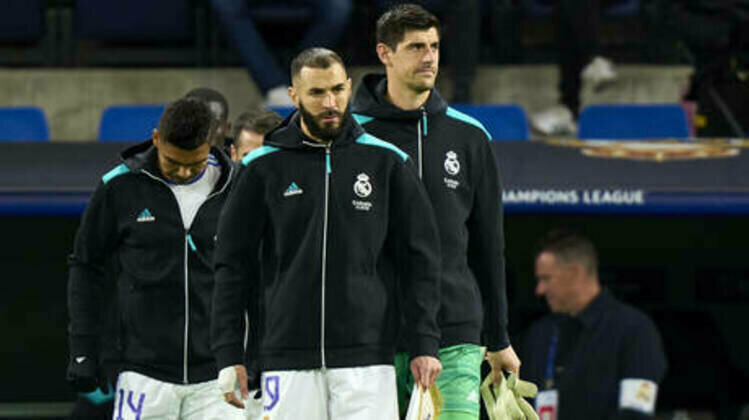 Karim Benzema is the frontrunner for the UEFA award

The goalscoring heroics of Real Madrid's French marksman Karim Benzema have placed the 34-year-old in pole position to claim the UEFA Player of the Year award after the shortlist was revealed on Friday.

Benzema tops the list after helping fire Real Madrid to their 14th Champions League crown, with his 15 goals in the competition enough to ensure that he was the competition's top goalscorer in the 2021-22 campaign.

Overall, Benzema claimed an impressive 44 goals in just 46 appearances across all competitions for Carlo Ancelotti's side in what is a purple patch of form late into the striker's career.

He is joined in the top three, which was selected based upon rankings points allocated by UEFA's technical study group, by the Belgian duo of (and his Real Madrid teammate) Thibaut Courtois and Manchester City playmaker Kevin de Bruyne.

In addition to Benzema, Courtois was crucial to Real Madrid's Champions League win in addition to their latest La Liga crown, while De Bruyne was the heartbeat of a Manchester City team which pipped Liverpool to the English Premier League title last season.

Real Madrid's Carlo Ancelotti is nominated for the men's coach of the year award, alongside Liverpool's Jurgen Klopp and Manchester City's Pep Guardiola.

The full list of the top 15 players can viewed on UEFA's website, and features Robert Lewandowski, now of Barcelona, and Real Madrid's Luka Modric in the top five.

Notable absentees in the list include Lionel Messi and Cristiano Ronaldo in what can be seen as a sign that the two greatest players of their generation now have their best days behind them.

Last year's winner was Chelsea's Italian midfield Jorginho, who was rewarded for his efforts in claiming Chelsea's Champions League title and helping Italy to win Euro 2020 in London.

The winner will be revealed during the Champions League group stage draw on August 25.