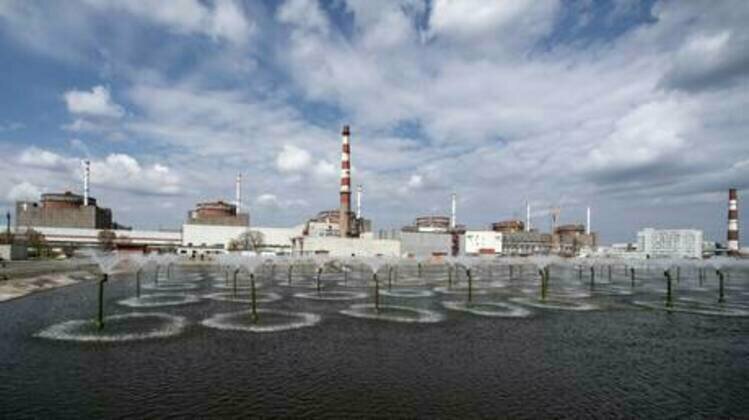 The plant was seized by Russian forces in late February, when Moscow launched its military campaign in the neighboring country. The facility continues to operate with Ukrainian staff under Russian control.

Igor Vishnevetsky, a senior non-proliferation and arms control official at the Russian Foreign Ministry, warned that the shelling of the plant risks triggering an event similar to the 1986 Chernobyl nuclear disaster.

According to the Russian Defense Ministry, "parts of the equipment" at the plant are out of power due to the shelling, and a fire broke out at the facility and was quickly put out. The ministry claimed that "by sheer luck," the Ukrainian shells did not cause a bigger fire and "a possible nuclear disaster."

The ministry called on the international community to condemn Ukraine for "the acts of nuclear terrorism."

Ukrainian President Vladimir Zelensky claimed that the shelling of the plant came from Russian troops. "It is not only yet another reason why Russia should be recognized as a state sponsor of terrorism, but also a reason to impose tough sanctions on all of Russia's nuclear power industry," Zelensky said on Friday.

US Secretary of State Antony Blinken and Ukrainian officials earlier accused Russia of using the plant as a "shield" for its soldiers.

"Russia is now using the plant as a military base to fire at Ukrainians, knowing that they can't and won't shoot back because they might accidentally strike a reactor or highly radioactive waste in storage," Blinken said on Monday at a UN nuclear non-proliferation conference in New York.

The Russian delegation to the conference released a statement rejecting Blinken's claim. "The actions of our Armed Forces don't damage Ukraine's nuclear safety in any way and cause no obstacles to the plant's operation."

IAEA chief Rafael Grossi told AP on Tuesday that the plant needs to be inspected for repairs and "to prevent a nuclear accident from happening."

"The situation is very fragile. Every principle of nuclear safety has been violated one way or the other and we cannot allow that to continue," Grossi said later at an event in New York.