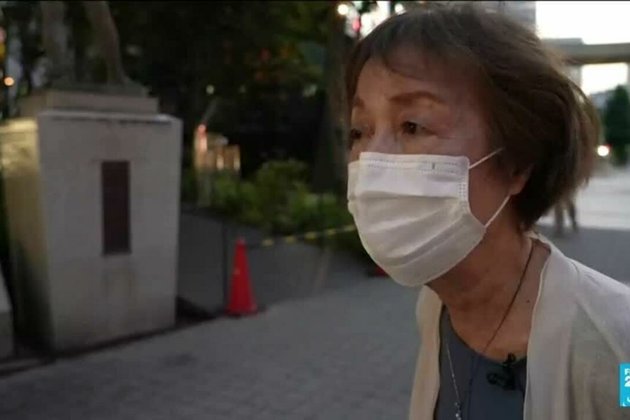 Reiko Yamada was 11 years-old on August 6, 1945, when the US dropped the world's first atomic bomb on the Japanese city of Hiroshima. Now 88, she is among the few survivors of the horrific attack, which killed around 140,000 people, and is determined to pass on the lessons of history. But Yamada and other survivors fear their voices are not being heard. On the 77th anniversary of the bombing, FRANCE 24 reports on the survivors of the attack.

Bells tolled in Hiroshima on Saturday as the city marked the 77th anniversary of the world's first atomic bombing.

UN Secretary General Antonio Guterres joined the thousands packed into the Peace Park in the centre of the city to mark the anniversary of the bombing, only the second time a UN secretary general has attended the annual ceremony.

"Nuclear weapons are nonsense. They guarantee no safety, only death and destruction," Guterres said.

"Three quarters of a century later, we must ask what we've learned from the mushroom cloud that swelled above this city in 1945."

Reiko Yamada was 11 years-old on August 6, 1945, when the US dropped the world's first atomic bomb on Hiroshima. Her school was just 2.6 kilometres from the epicentre of the attack.

The young girl saw a plane and a flash, then nothing. A tree fell on her, but she survived and found her family. Today, she is determined to keep the painful memories of that fateful day alive.

Watch FRANCE 24's report by clicking on the video player above.