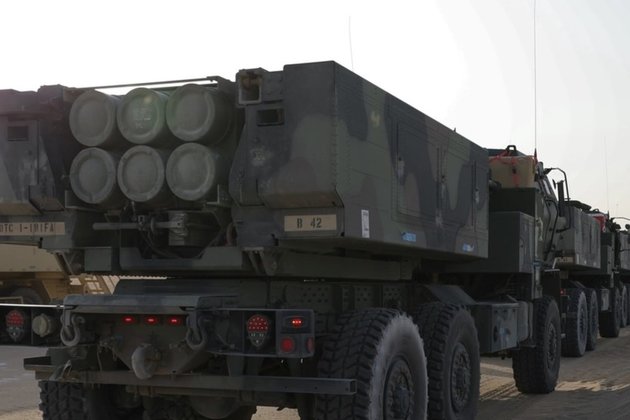 The White House is set for a massive shipment of heavy and long-range arms to Kiev, Reuters reports

The US government is reportedly preparing its largest weapons transfer to Ukraine to date, with officials ready to authorize another $1 billion in military aid, including advanced rocket and missile platforms and additional ammunition.

The new aid package could be announced as soon as next week, Reuters reported on Friday, citing three unnamed officials. It would bring the total US security assistance to Kiev to nearly $10 billion since Russia sent troops into Ukraine on February 24.

While the officials said President Joe Biden has yet to formally sign off on the transfer, the current proposal would see $1 billion in arms shipped to Kiev, including additional munitions for the HIMARS rocket system, NASAMS surface-to-air missiles, and up to 50 M113 armored personnel carriers, allegedly the 'medical' variant.

A separate military aid package to Ukraine was announced on Monday, worth around $550 million, and also featured HIMARS rockets.

Washington has so far sent a total of 16 HIMARS systems to Ukraine, longer-range platforms capable of striking targets inside Russian territory. Though Moscow has claimed to have eliminated some of the weapons from the battlefield, US military officials have disputed the Russian account, insisting Kiev's HIMARS remain intact.

The new massive arms transfer also comes after a Pentagon decision to allow US military personnel to treat wounded Ukrainian troops at a large US-run hospital in western Germany, though the logistics for that arrangement remain unclear, as the facility is more than 1,000 miles away from Ukraine's capital and even further from active battle zones in the Donbass region.