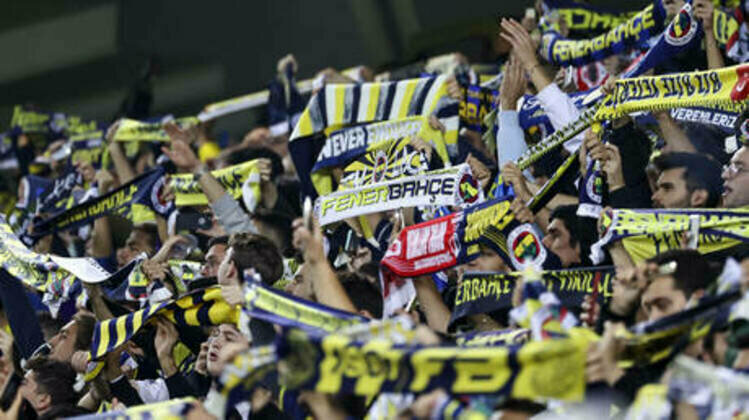 Turkish football club Fenerbahce has been fined by UEFA after fans chanted the name of Russian President Vladimir Putin during their Champions League qualifying match against Dynamo Kiev.

UEFA announced the sanctions on Friday, which cover the match which took place in Istanbul on July 27.

The UEFA Appeals Body said it had fined the Turkish team 50,000 ($50,875) and ordered a partial closure of Fenerbahce's Ulker Stadium, which will consist of at least 5,000 seats during one match the club hosts in UEFA competition.

The stadium punishment is subject to a probationary period of two years, UEFA said.

UEFA explained that the sanctions were in response to "the throwing of objects and transmitting a provocative message of an offensive nature, i.e. illicit chants."

It also said it had "warned" Fenerbahce about the "improper" conduct of its team.

Buyalsky was described as making a "provocative gesture" to the home crowd, large sections of which responded by breaking into their Putin chant.

Visitors Dynamo went on to win the match 2-1 after extra time to book their spot in the next qualifying round for the Champions League.

Fenerbahce dropped into the qualifying stages of the lower-tier UEFA Europa League.