US blacklists Putin's rumoured girlfriend in latest round of sanctions 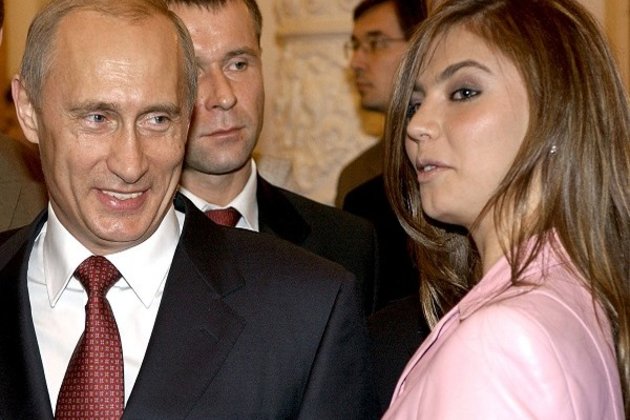 According to the Treasury Department, the 39-year-old Kabaeva was in a "close relationship to Putin."She is a former member of the State Duma and is the current head of the National Media Group, a pro-Kremlin empire of television, radio, and print organizations.

"Kabaeva was designated today pursuant to E.O. 14024 for being or having been a leader, official, senior executive officer, or member of the board of directors of the Government of the Russian Federation. Kabaeva has a close relationship to Putin and is the current head of the National Media Group, a pro-Kremlin empire of television, radio, and print organizations. She has also been sanctioned by the EU and the UK," a Treasury Department statement said on Tuesday (local time).

CNN reported citing the Wall Street Journal, that sanctioning Kabaeva was under consideration by the US, but there was concern that such a move would inflame tensions given her close proximity to Putin.

Earlier in May, Kabaeva was blacklisted by the European Union and the United Kingdom.

Supporters of jailed Russian human rights campaigner Alexey Navalny have been calling for sanctions against Kabaeva for her campaign against Ukraine.

In April, the US had also imposed sanctions on Putin's daughters Katerina Vladimirovna Tikhonova and Maria Vladimirovna Vorontsova.

Moreover, US Secretary of State Antony Blinken announced sanctions on three oligarchs, a Russian state-owned company overseen by the Ministry of Transportation, "four individuals and one entity illegitimately operating in Ukraine's territory in collaboration with Russia," and 24 Russian defence and technology-related entities.

The US is also imposing visa restrictions on 893 Russian Federation officials and "31 foreign government officials who have acted to support Russia's purported annexation of the Crimea region of Ukraine and thereby threatened or violated Ukraine's sovereignty," Blinken said.

Since the start of Russia's 'military operation', the UK has sanctioned over 1,000 individuals and 100 entities, including hitting oligarchs with a net global worth of overPound 117 billion. (ANI)