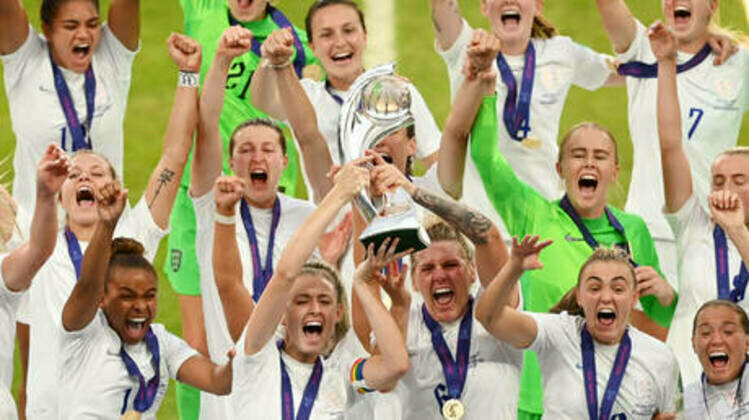 The Lionesses beat Germany 2-1 in extra time at Wembley

In a tense affair in the English capital London, the hosts went 1-0 ahead thanks to an Ella Toone opener on 62 minutes.

Lina Magull then responded and silenced the vast majority of a raucous 87,000 crowd with a 79th-minute equalizer that forced extra time.

And then shortly after pumping up the crowd when the ball went out of play, substitute Chloe Kelly became the hero of the hour by hitting the winner with 110 minutes on the clock.

Holding on to their lead for 10 minutes, England's women's team, known as the Lionesses, were crowned champions of a major tournament for the first time in their history.

As for English football on the whole, the Lionesses' triumph goes some way to mending the heartbreak that the men's team suffered at this same ground last summer when Italy beat them on penalties in the final at the postponed Euro 2020.

Fifty-six years since England's men beat Germany in the 1966 World Cup final at Wembley too, a football-loving nation can say that it has gone all the way again in a major competition.