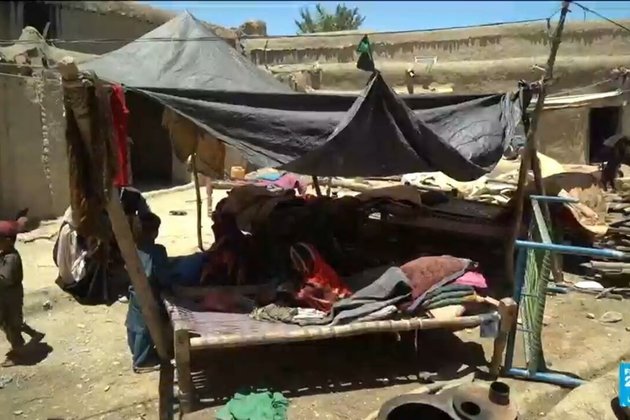 Humanitarian aid is slowly arriving to the most affected districts of Afghanistan. The earthquake that shook the south-east of the country has caused the death of 1,100 people according to the latest official report, and more than 1,600 have been injured. Our correspondents went to Gayan, one of the worst affected districts in Paktika province.

Just 50km away from Gayan, in the same district of the Paktika province, is a town that was spared by the earthquake. Every day the locals here send trucks filled with food and blankets to the most affected people living in the surrounding remote villages.

The aid trucks from local and international organisations have to drive on bumpy mountainous tracks where they frequently break down. Some villages are still waiting for aid to arrive.

One aid truck driver spoke with our correspondent: "The engines of our trucks are overheated, the road is very bad. We are bringing aid to the victims. We are bringing bags of flour and oil."

We spoke to a victim of the earthquake, by the name of Dimbasha, and he told us: "When the roof fell, fortunately I was able to hold a part of it to evacuate my wife. But I lost both of my children. I have nothing left. I have lost everything."

To watch the full FRANCE 24 report, click on the player above.