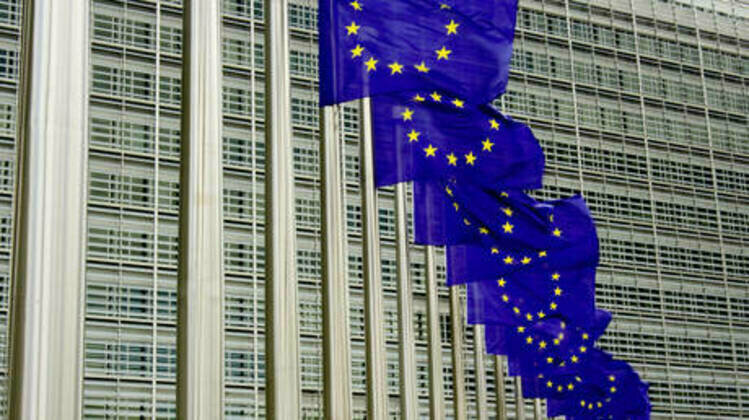 The motion in support of Kiev's bid preceded the European Council summit, where EU leaders are expected to make the decision

A large majority of MEPs have supported granting Ukraine, Moldova and Georgia EU candidate status. The vote came ahead of the European Council summit later on Thursday and Friday, which is expected to decide whether to accept the three EU hopefuls' bids.

Some 529 members of the European parliament voted for the adoption of the resolution, 45 against, with 14 others abstaining during the vote on Thursday.

This was preceded by a plenary session on Wednesday, after which a press release was issued, advocating in favor of bestowing the much-coveted status on the three nations.

"In light of Putin's aggression and the commitment shown by the Ukrainian, Moldovan, and Georgian peoples towards their European future, an overwhelming majority of MEPs called on the EU's leaders to open the path to accession for all three countries," the document read.

The statement noted, however, that a number of MEPs had emphasized the importance of continued reform in Ukraine, Moldova, and Georgia in particular. Others noted that the path to EU membership would be lengthy for these three nations.

The European Parliament's resolutions are non-binding. And while both a majority of MEPs and the European Commission have thrown their weight behind Ukraine's bid, the final say rests with the heads of state and government of all 27 EU member states.

The European Council summit is convening on Thursday and will be in session until Friday. The leaders are expected to give their opinion on whether the three aspiring countries, including Ukraine, are eligible to become candidates.

Several media outlets had previously claimed that a few member states had initially opposed Ukraine's bid. French President Emmanuel Macron had warned Ukraine and the other hopefuls that EU membership could be decades away for them, and even suggested creating a "European political community" as an alternative.

However, since the European Commission made its opinion known last Friday, the tone of statements from individual member states has changed, with talk of a consensus on the Ukrainian candidacy prevailing in recent days.