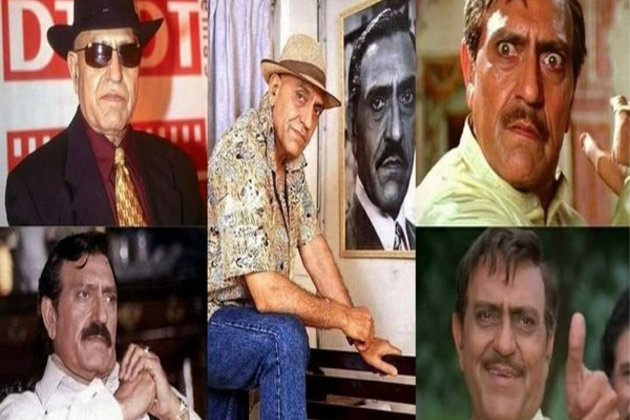 Mumbai (Maharashtra) [India], June 22 (ANI): The Bollywood industry is marking the 90th birth anniversary of Amrish Puri, the legendary Indian actor who played a significant role in Indian cinema. The audience praised him for his exceptional acting, stunning dialogue delivery, and the way he handled emotional scenes with his actions despite the fact that he frequently played negative roles.

Between 1967 and 2005, Amrish Puri appeared in over 450 movies as an actor. For those who are unaware, Amrish Puri said goodbye to the world on January 12, 2005. He had undergone brain surgery to treat his myelodysplastic syndrome, a rare form of blood cancer, after being admitted to the Hinduja hospital on December 27, 2004.

The Hindi film 'Mr. India', directed by Shekhar Kapur and released in 1987, is best known for Amrish Puri's performance as Mogambo. The late actor is also well-known to foreign audiences for his performances as Khan in Richard Attenborough's 1982 film 'Gandhi' and as the lead antagonist Mola Ram in Steven Spielberg's 1984 film 'Indiana Jones' and the 'Temple of Doom'. The last time we saw our beloved Mogambo was in 'Kisna: The Warrior Poet' in 2005.

From Mogambo in Mr India to the grumpy dad in Dilwale Dulhaniya Le Jayenge, Amrish Puri has a long list of legendary roles under his belt. On the occasion of Amrish Puri's birth anniversary, here is a look at some of his iconic roles and dialogues.

This legendary actor's famous line appeared in Shekhar Kapur's 1987 movie 'Mr. India'. The dialogue "Mogambo Khush Hua," which starred Amrish Puri as a megalomaniac dictator, is still well-remembered even today. Mogambo became one of the most recognizable villains in the history of Bollywood. The actor's portrayal of Mogambo was well-received by audiences and critics alike. Anil Kapoor and Sridevi were among the other actors in the movie.

In the 1995 movie 'DDLJ', Amrish Puri as Chaudhary Baldev Singh, also known as Bauji, completely blew everyone's minds. The actor portrayed a strict Indian father who at first opposed his daughter's love but ultimately decided to let her go. Today, we remember and live by this famous dialogue said by him: "Ja Simran Ja Jee Le Apni Zindagi".

In the 1995 movie 'Karan Arjun', the actor played the evil Durjan Singh. The song "Mujhko ranaji maaf karna" is among the most enduring example of a classic moment in the movie and the dialouge said by him "Hum khandani Thakur hai ... hamari ragon mein khoon ke saath saath zid aur ahankaar bhi daudta hai" is still remembered.

When Puri played Ashraf Ali in the 2001 movie 'Gadar-Ek Prem Katha', he succeeded in making you despise the character, which is a sign of a great actor. Later, his dialogue from the movie "Itne Tukde Karunga Ki Tu Pehchana Nahin Jayega" became very well-known.

This is one of the best dialogues of actor Amrish Puri. It was featured in the 1989 film Ilaaka, in which Puri played the role of Nagar. (ANI)