West does not care about Ukraine, views it as 'expendable', Russia warns 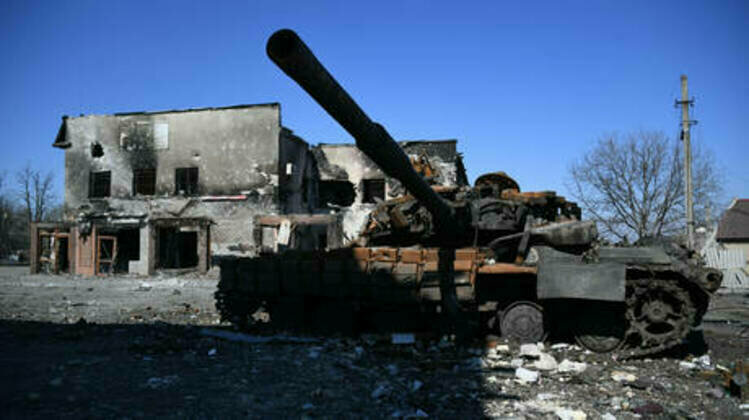 The country has become an "expendable material" for the US, EU and their allies in the war against Russia, Sergey Lavrov says

Russian Foreign Minister Sergey Lavrov has revealed what he believes to be the real attitude of the Western powers towards Ukraine during the ongoing conflict in the country.

"Nobody cares about Ukraine. Ukraine is an 'expendable material' in the proxy war against Russia. There can be no doubts about it now. It has been voiced publicly," Lavrov said during a speech at the New Horizons education marathon in Moscow on Tuesday.

The minister reminded about the EU's top diplomat, Josep Borrell, insisting last month that "this war will be won on the battlefield," referring to the conflict between Moscow and Kiev.

"The English, the Americans, presidents, prime ministers, ministers are saying: 'We have no right to allow Russia to win. Russia must suffer defeat,'" he added.

US Secretary of Defense Lloyd Austin openly acknowledged in April that, by helping the Kiev government with weapons, funds and intelligence, Washington was trying to see "Russia weakened to the degree that it can't do the kinds of things that it has done in invading Ukraine."

Such statements meant that "war has been declared by them [the US, EU and their allies], and it's not between Russia and Ukraine, but between the West and Russia," Lavrov pointed out.

"You know, it has already become a common expression that 'the West is ready to fight to the last Ukrainian.' It's very accurate," he added.

The foreign minister's words echoed those by Kremlin spokesman Dmitry Peskov, who spoke at the same event earlier on Tuesday.

"What they do is war," he said about the West imposing draconian economic sanctions on Moscow, arming the Ukrainian neo-Nazis and providing Kiev's army with intel to attack Russian troops.

Russia attacked the neighboring state in late February, following Ukraine's failure to implement the terms of the Minsk agreements, first signed in 2014, and Moscow's eventual recognition of the Donbass republics of Donetsk and Lugansk. The German- and French-brokered protocols were designed to give the breakaway regions special status within the Ukrainian state.

The Kremlin has since demanded that Ukraine officially declare itself a neutral country that will never join the US-led NATO military bloc. Kiev insists the Russian offensive was completely unprovoked and has denied claims it was planning to retake the two republics by force.