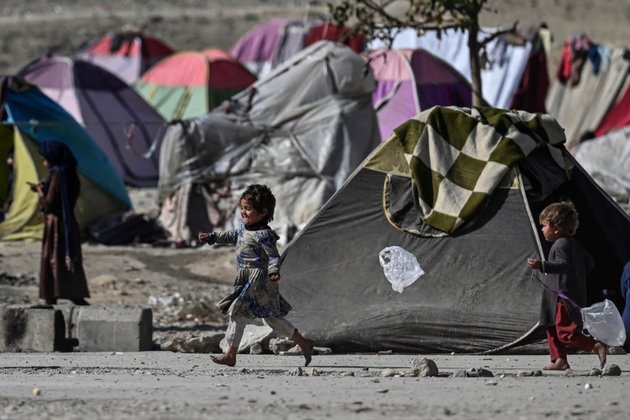 Editor's note: Here is a fast take on what the international community has been up to this past week, as seen from the United Nations perch.

Secretary-General Antonio Guterres said this week that time is running out to stop the humanitarian nightmare that is unfolding in Afghanistan. On Tuesday, the United Nations launched a record aid appeal for more than $5 billion to assist 28 million people inside Afghanistan and in five neighboring countries this year.

The U.N. human rights office called this week for prompt, independent and impartial investigations into the deadly crackdown by Kazakhstan authorities on protests that erupted in the country on January 2 over rising fuel prices.

- Aid workers continue to have difficulties getting assistance to the millions in need in northern Ethiopia. The U.N. said this week that there have been no deliveries into the Tigray region since December 14. Fuel, which is vital to putting aid convoys on the road, has been in critically short supply. No fuel has been delivered to Tigray since August 2. Some U.N. partners say they will soon have to suspend their work if no fuel is allowed in. Fighting and intensified airstrikes are also hampering relief efforts and causing civilian casualties.

- Globally, the U.N. says 274 million people are expected to need humanitarian assistance this year because of a number of factors, including conflict, the effects of climate change and COVID-19. The U.N. and its partners hope to reach 183 million of the most needy, at a cost of at least $41 billion.

- Secretary-General Guterres started his second and final term as U.N. chief on January 1. On January 10, the organization formally announced that his deputy, Amina Mohammed of Nigeria, will be staying on for a second term.

The World Health Organization said Thursday that the wave of omicron variant COVID-19 cases on the African continent appears to have peaked and is now flattening.

'Whether there will be war, nobody knows. I would personally say I doubt it, because everybody knows how much there is to lose, including [Russian President Vladimir] Putin.'

- Estonia's U.N. Ambassador Sven Jürgenson in response to a reporter's question about rising international concerns that Russia is planning to invade Ukraine.

What we are watching next week

On January 21, Guterres will outline his priorities for the year in the General Assembly.