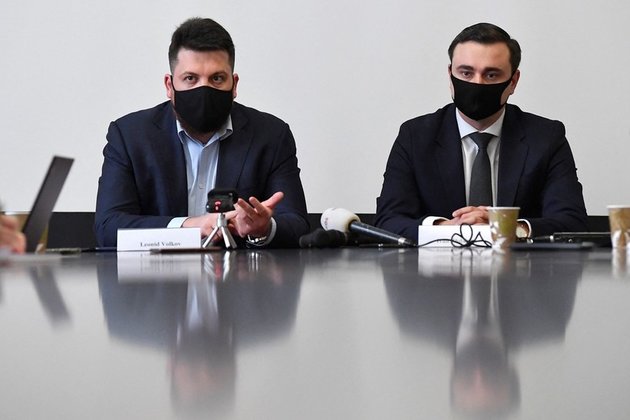 Their bank accounts will now immediately be frozen

Leonid Volkov and Ivan Zhdanov, two close allies of the jailed Russian opposition activist Alexey Navalny, have been added to a state register of extremists. They were placed on an international wanted list last year.

The two men's names were registered on the website of Rosfinmonitoring, Russia's financial monitoring service, on Friday.

The agency compiles information on those suspected of terrorist or extremist activity. Under Russian law, the bank accounts of individuals on the list must be frozen immediately. Both men currently live abroad, having left the country last year when the authorities brought charges against a number of prominent Navalny associates, accusing them of organizing protests prohibited under Russia's Covid-19 laws.

Volkov served as the chief of staff for the jailed opposition figure's 2018 presidential campaign, then led an effort to boycott the vote after Navalny was barred from running due to a prior criminal conviction - a decision many criticized as politically motivated.

Zhdanov previously led the Anti-Corruption Foundation, launched by Navalny in 2011 with the stated intention of exposing corruption among high-ranking government officials. The Ministry of Justice declared the foundation a "foreign agent" in 2019, and, in June 2021, it was designated an extremist organization and liquidated. Last month, Zhdanov's father, Yury, was given a suspended prison sentence in a corruption case that his son and other Navalny supporters have labelled as politically motivated.

Earlier this week, a judge ruled that he be sent to a detention center for violating restrictions imposed as part of his probation. Ivan Zhdanov has accused authorities of seeking revenge on him by prosecuting his father.

In November, Liliya Chanysheva, the former head of Navalny's headquarters in Ufa, in central Russia, was arrested on charges of "establishing or leading an extremist association." If convicted, she could face up to 10 years in prison. Later that month, Irina Fatyanova, another senior organisation staffer, announced that she had fled Russia because she feared being targeted by authorities.

Navalny is currently serving a two-year and eight-month term in a labor colony for violating the conditions of a suspended sentence he received in 2014.

In August 2020, he fell ill on a flight from Siberia to Moscow, and was subsequently transferred to a hospital in Berlin, Germany, where doctors announced they had discovered traces of the nerve agent Novichok in his system. The activist claims he was poisoned in a state-sponsored assassination attempt - an allegation officials in Moscow have strenuously denied, saying requests made to the German hospital for evidence and samples of the purported poison have gone unanswered.