OSCE Meeting Ends, No Movement Made In Russia-Ukraine Crisis 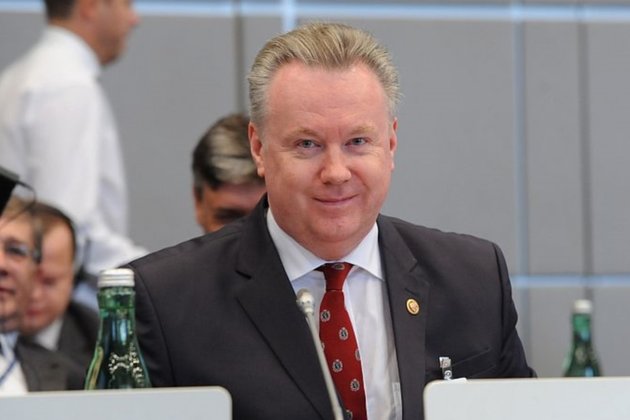 A third round of talks in Europe in a week aimed at defusing tensions between Russia and the West appears to have ended in deadlock, with neither side budging on their core positions in tense diplomacy seeking to avoid a major security crisis.

Diplomats offered a dire assessment of developments at a meeting of the Organization for Security and Cooperation in Europe (OSCE) in Vienna on January 13, taking place against the backdrop of Western concerns that a Russian military buildup on Ukraine's doorstep may be a prelude to an invasion.

'It seems that the risk of war in the OSCE area is now greater than ever before in the last 30 years,' Polish Foreign Minister Zbigniew Rau said, launching his country's yearlong chairmanship of the 57-member security organization.

'For several weeks we have been faced with the prospect of a major military escalation in Eastern Europe,' he said.

Russian President Vladimir Putin has issued a series of demands for security guarantees in Europe, including NATO not accepting new members like Ukraine and Georgia and limits on allied deployments in Eastern European NATO members.

Western officials say Russia's combative rhetoric and buildup of some 100,000 troops near Ukraine is an attempt to pressure the United States and European allies to bend toward the Kremlin's wish list.

Moscow insists its military deployment is a response to what it sees as the growing presence of NATO in its sphere of influence and denies it plans to invade Ukraine.

The U.S. envoy to the OSCE talks said the West should not give in to blackmail.

'As we prepare for an open dialogue on how to strengthen security for the benefit of all, we must decisively reject blackmail and never allow aggression and threats to be rewarded," U.S. Ambassador Michael Carpenter told the OSCE meeting.

Reinforcing Moscow's increasingly tough stance on demanding security guarantees from the West, Russia's representative Alexander Lukashevich told the OSCE that his country would take action if its concerns were not taken seriously.

'If we don't hear a constructive response to our proposals within a reasonable time frame and an aggressive line of behavior towards Russia continues, we will be forced to draw appropriate conclusions and take all necessary measures to ensure strategic balance and eliminate unacceptable threats to our national security," he said after the talks in Vienna.

'Russia is a peace-loving country. But we do not need peace at any cost. The need to obtain these legally formalized security guarantees for us is unconditional," he added.

Lukashevich said Russia wasn't getting 'a constructive response' to its proposals.

Earlier on January 13, European Union foreign policy chief Josep Borrell cautioned that there should be no negotiations with Russia over the situation in Ukraine as long as Moscow continues to mass troops at the country's border.

'Russian movements are part of the pressure,' Borrell told the media at the start of an informal meeting of EU defense and foreign ministers in the French port city of Brest, insisting that there 'should not be negotiation under pressure.'

Photo Gallery: Boots On The Ground: Satellite Images Reveal Russian Troop Buildup Near Ukrainian Border And In Crimea RFE/RL Amid fears of a possible invasion, Ukrainian officials say more than 90,000 Russian troops have been deployed along its border -- including on the Crimean Peninsula, which Russia seized by force from Ukraine in 2014. Maxar Technologies, a satellite-imaging company, has released photographs that show the Russian troop buildup. Share on Facebook Share on Twitter Share on В Контакте Email to a Friend Share on LinkedIn

Borrell said Washington has reassured its European allies that they will be kept in the loop and praised the transatlantic coordination on the issue.

The barrage of pessimistic comments overshadowed hopes for a quick breakthrough after a week of high-stakes diplomacy that saw Russian representatives meet with NATO members in Brussels following a two-year hiatus and top diplomats from Moscow and Washington holding bilateral strategic talks in Geneva.

NATO chief Jens Stoltenberg said after the January 12 talks in Brussels at a meeting of the NATO-Russia Council that a "serious and direct exchange" had taken place even though there were 'significant differences between NATO allies and Russia' on the issues.

With reporting by AFP, AP, and Reuters