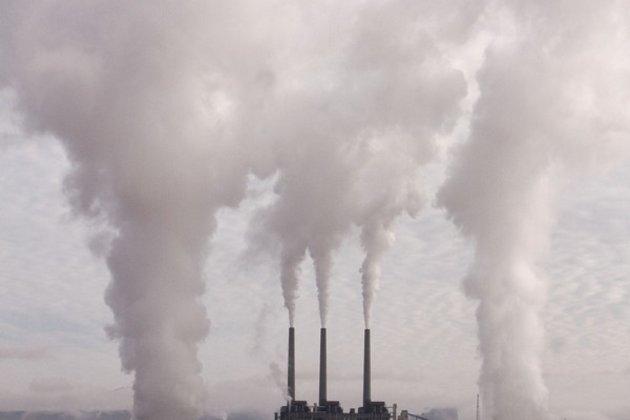 The findings were published in the journal 'Occupational and Environmental Medicine'.

The association was strongest for particulate matter, with an average annual raise of 1 ug/m3 linked to a 5 per cent increase in the infection rate. This equates to an extra 294 cases/100,000 people a year, indicating the findings, which focus on the inhabitants of one Northern Italian city.

While further research is needed to confirm cause and effect, the findings should reinforce efforts to cut air pollution, say the researchers.

Northern Italy has been hit hard by the coronavirus pandemic, with Lombardy the worst affected region in terms of both cases and deaths. Several reasons have been suggested for this, including different testing strategies and demographics.

But estimates from the European Union Environmental Agency show that most of the 3.9 million Europeans residing in areas where air pollution exceeds European limits live in Northern Italy.

Recent research has implicated airborne pollution as a risk factor for COVID-19 infection, but study design flaws and data capture only up to mid-2020 have limited the findings, say the researchers.

To get round these issues, they looked at long term exposure to airborne pollutants and patterns of COVID-19 infection from the start of the pandemic to March 2021 among the residents of Varese, the eighth-largest city in Lombardy.

Among the 81,543 residents as of 31 December 2017, more than 97 per cent were successfully linked to the 2018 annual average exposure levels for the main air pollutants, based on home address.

Regional COVID-19 infection data and information on hospital discharge and outpatient drug prescriptions were gathered for 62,848 adults yet to be infected with SARS-CoV-2, the virus responsible for COVID-19 at the end of 2019 until the end of March 2021.

Official figures show that only 3.5 per cent of the population in the entire region were fully vaccinated by the end of March 2021.

Estimates of annual and seasonal average levels of five airborne pollutants were available for 2018 over an area more than 40 km wide: particulate matter (PM2.5, PM10); nitrogen dioxide (NO2); nitric oxide (NO); and ozone (O3).

Drug treatment for diabetes, high blood pressure, and obstructive airway diseases, as well as a history of stroke, were also associated with, respectively, a 17 per cent, 12 per cent, 17 per cent, and 29 per cent, heightened risk.

After accounting for age, gender, and care home residency, plus concurrent long term conditions, averages, both PM2.5 and PM10 were significantly associated with an increased COVID-19 infection rate.

Every 1 ug/m3 increase in long term exposure to PM2.5 was associated with a 5 per cent increase in the number of new cases of COVID-19 infection, equivalent to 294 extra cases per 100,000 of the population/year.

Applying seasonal rather than annual averages yielded similar results, and these findings were confirmed in further analyses that excluded care home residents and further adjusted for local levels of deprivation and use of public transport. Similar findings were observed for PM10, NO2 and NO.

The observed associations were even more noticeable among older age groups, indicating a stronger effect of pollutants on the COVID-19 infection rate among 55-64 and 65-74-year-olds, suggest the researchers.

This is an observational study, and as such, can't establish cause. And although the researchers considered various potentially influential factors, they weren't able to account for mobility, social interaction, humidity, temperature and certain underlying conditions, such as mental ill-health and kidney disease.

Long term exposure to air pollution heightens the risk of respiratory and cardiovascular diseases through persistent inflammation and compromised immunity. These same pathways may therefore be involved in the link between air pollution and higher COVID-19 infection rates, suggest the researchers.

"Our findings provide the first solid empirical evidence for the hypothesised pathway linking long-term exposure to air pollution with the incidence of COVID-19, and deserve future generalisation in different contexts. Meanwhile, government efforts to further reduce air pollution levels can help to mitigate the public health burden of COVID-19," they conclude. (ANI)