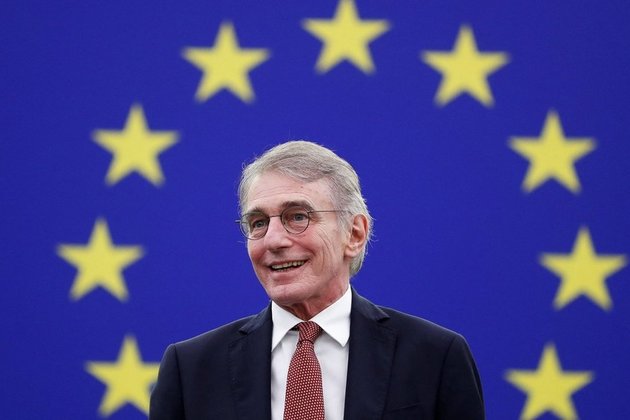 EU Parliament President has died in an Italian hospital where he had been treated since late December, his spokesman said. The official was suffering from a 'serious complication? resulting from an immune system condition.

Spokesman for EU Parliament President David Sassoli confirmed the news of his passing in a statement on Tuesday morning.

Sassoli "passed away at 1.15 am on 11 January at the CRO in Aviano( PN), Italy, where he was hospitalized," Sassoli's spokesperson, Roberto Cuillo, tweeted.

An Italian social democrat, Sassoli was hospitalized on December 26 due to serious immune system dysfunction, his office said, noting that he had ceased all "official activities" as the head of the EU Parliament during that time. The announcement came after Sassoli was treated for pneumonia at a hospital in Strasbourg, France last September. Though at the time his staff said he was in "good condition" and that he had tested negative for Covid-19, the illness nonetheless left him unable to work for some two months. Spokesman Roberto Cuillo declined to share additional details on Sassoli's health earlier on Monday, though he did state the official would be unable to attend a plenary parliamentary session set for Strasbourg next week.

The European Parliament is comprised of 705 members (MEPs), and is the only directly-elected body of the 27-member block. Its president is elected by MEPs for a two-and-a-half year term, while the EU Parliament itself is elected for five years.

The president represents the legislature on the international arena and in legal matters among other duties.

There are a total of 14 vice-presidents that oversee debates in the chamber if the president is unable to.

Before he was elected head of the EU Parliament in 2019, Sassoli previously served as the delegation leader for the left-wing Democratic Party, and became an MEP in 2009 with the most votes in his constituency. He later received an endorsement from the parliament's Progressive Alliance of Socialists and Democrats, helping him land the presidency.

A vocal critic of Russia, Sassoli was banned from entering the country alongside a number of other European officials last year following a raft of new EU sanctions on Moscow, which the parliament chief had called to "tighten."

Sassoli was also a high-level proponent of the EU's digital Covid-19 certificate - which records individuals' coronavirus testing, vaccination and infection history - calling it "a symbol of what Europe stands for" while unveiling the project with fellow EU leaders last summer.