White House reveals what Biden wants to discuss with Putin 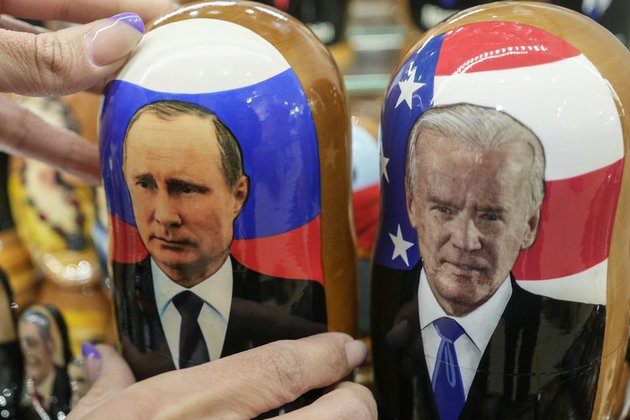 The White House has announced the topics US President Joe Biden intends to discuss with his Russian counterpart, Vladimir Putin, during their Tuesday virtual summit, to be held via secure video link.

During the scheduled talks, Biden will raise concerns about Moscow's "military activities on the border with Ukraine," Washington said.

According to the White House, Biden intends to underscore concerns over the alleged Russian military build-up along the border and "reaffirm the United States' support for the sovereignty and territorial integrity of Ukraine."

The showdown will take place after multiple claims in the Western media - fed by anonymous American spies - that Russia has been amassing troops and military hardware with the intention of invading Ukraine. Moscow has rejected the allegations that it intends to attack its neighbor.

Biden told reporters last week that he would not "accept anybody's red lines" on the issue of Ukraine.

Kremlin spokesman Dmitry Peskov said the leaders would be discussing the "crisis" state of US-Russian relations in general, including the functioning of diplomatic missions in each country.

Russian Foreign Minister Sergey Lavrov held an in-person meeting with his US counterpart Antony Blinken in Stockholm, Sweden on Thursday. According to Bloomberg, the diplomats had "a testy exchange" over Ukraine during a dinner.