Greece reveals age groups to be fined monthly if unvaccinated 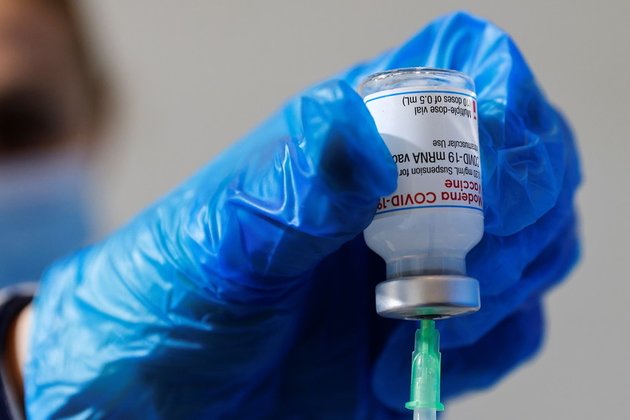 Older people in Greece who fail to get vaccinated against Covid-19 will face a monthly fine of ?100 ($113.64), Prime Minister Kyriakos Mitsotakis announced on Tuesday, in the first of such measures imposed by an EU country.

To start, Covid vaccines will be mandatory for individuals aged 60 and over, as Greece seeks to protect its health service from a potential resurgence of the virus throughout the coming winter months.

The prime minister's announcement marks the first measure in the EU to target a specific age group with mandatory vaccination, as officials seek to protect at-risk individuals and emergency workers from Covid.

Defending the decision, Mitsotakis stated that it was "the price to pay for health" and that it was important to make the Covid jab mandatory to protect elderly Greeks who have not yet been vaccinated.

"We are focusing our efforts on protection of our fellow citizens and for this reason their vaccination will be mandatory from now on," Mitsotakis stated.

Over-60s who have failed to book their appointment for a first Covid vaccine dose by January 16 will face a monthly recurring fine of €100. Mitsotakis called the penalty a matter of "protection, not punishment."

By imposing a Covid vaccine mandate, Greece is hoping that it will be able to avoid a lockdown, instead relying on jabs, tests, and social distancing to protect citizens from the virus, which has resulted in around 18,000 fatalities in the country.

Criticizing the government's actions, Syriza, the country's main opposition party, condemned Mitsotakis for taking a step that "hasn't happened anywhere" in Europe. While it's not clear how the fine will be enforced, critics highlighted that €100 is a significant proportion of the country's monthly €730 ($830.20) pension.

Although Greece's measure is being touted as the first inoculation mandate imposed on a specific age group, it follows the French government urging all adults to get their booster shots. While France has not made the jabs mandatory, individuals who fail to get their booster will be unable to use their health pass, thereby denying them access to indoor venues such as restaurants and bars.

Since the start of the pandemic, Greece has recorded 924,506 confirmed cases of the virus. The country's vaccination program has administered 14 million doses so far, with around 63% of the population now fully vaccinated.