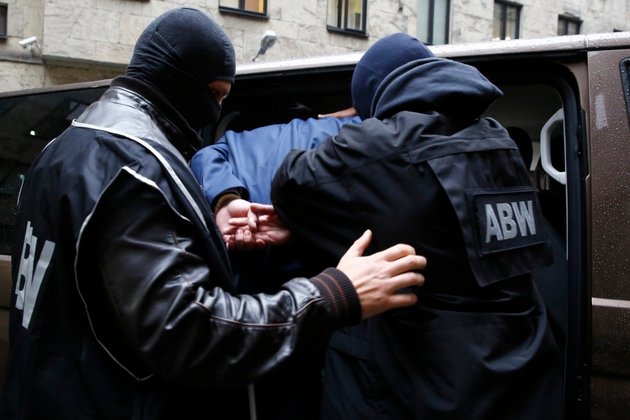 Poland's Internal Security Agency (ABW) says a 66-year-old Polish man who is suspected of spying for Russia has been detained.

The counterintelligence agency announced on November 25 that the suspect was arrested three days ago in Warmia-Masuria, just north of the capital, Warsaw.

It said documents were seized in a property search and alleged that the suspect was working for Russia's Federal Security Service (FSB), an indirect successor to the former KGB.

He has rejected the charges and remains in 90-day pretrial custody.

A local report said the man could face 10 years in prison if convicted.

The Polish security agency said the case was linked to the arrest of another suspect, in May, who has been charged with spying for a foreign intelligence service.

Reports in May suggested a 43-year-old suspect was accused of providing 'information and materials' to Russian secret services.

Based on reporting by dpa