Ten years of financial fair play: has it been good for European football? 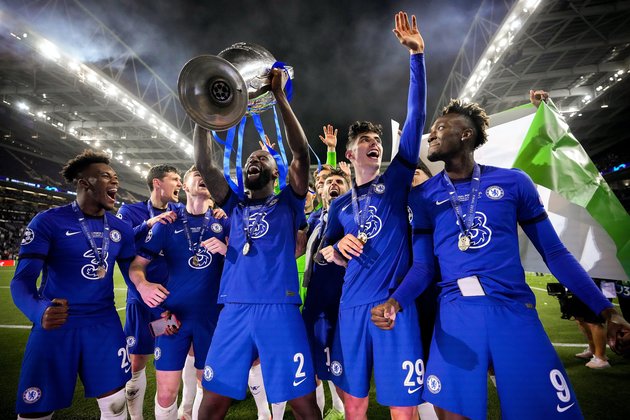 Even in a sport as old as football, the rules of the game can change. The same is true off the pitch, as with the introduction ten years ago of regulations known as financial fair play.

Designed to ensure that clubs spend within their means, the rules were implemented by Uefa in 2011 to stop European teams from running up huge losses and debts, and encourage them to be financially prudent.

The warning signs had been on the cards for some time, and Uefa wanted to "improve the overall financial health of European football".

In England for example, Chelsea FC, had debts in 2004 of Pound 295 million (up 67% from the previous year). Leeds United, with debts of Pound 78 million in 2002 (up 50% from 2001) was having to sell its star players at a huge discount. Elsewhere in Europe, similar cases in Spain (Deportivo La Coruna), and Italy (Parma) had also caught Uefa's attention.

The cornerstone of financial fair play (FFP) is what's known as the "break-even requirement" which requires every team participating in Uefa competitions (238 clubs in 2020) to keep losses down to no more than €5 million over three years.

Crucially, this only takes into account what is considered "relevant" income and expenses - what clubs earn from normal football business activities - to prevent the wealthiest owners from funding clubs' player investment. The idea is that this will encourage clubs to spend within their means and provide a level financial playing field.

So, ten years on, has it succeeded in its goals?

In 2019, the net loss in European football was €125 million (a 92% fall from 2009) following the first-ever consecutive years of overall profitability in 2017 and 2018. These figures suggest that FFP has had the desired effect in moving clubs away from losses.

Some of the growth in income is partly attributable to the introduction of the rules. Sponsorship agreements - which must meet a fair market value assessment carried out by Uefa - with brands have replaced the loans previously relied upon to fund club operations.

Another important source of income, which adheres to the requirement of breaking even, is selling players for profit, even (though not always) to clubs considered close rivals.

Chelsea, for example, which made Pound 94 million in profit in the nine years before FFP, made Pound 623 million in the same time period afterwards, according to our assessment of the club's own statements. The new laws prevented its wealthy owner, Roman Abramovich, from directly funding the club's investment in star players, so instead it successfully adopted a model of buying young players, sending them out on loan to gain experience, and then selling them for substantial transfer fees.

But not everyone has enjoyed this kind of financial success, and one of the biggest criticisms of financial fair play is that it leads to a freeze on competition. Some think that historically successful clubs with elite footballers and the financial power to acquire new talent will dominate because the rules restrict non-football income for investment in the playing squad.

This means that new money arriving at old clubs - such as the Saudi backed takeover of Newcastle United - may struggle to immediately make an impact. The new owners will be unable to invest extra funds if the club qualifies for European competition (FFP only applies to clubs involved in Uefa organised tournaments like the Champions League).

Careful financial planning was also mightily undone by the impact of COVID. With fans unable to attend matches, income dropped dramatically, so Uefa announced a break in the monitoring period to isolate the years 2020 and 2021. (As expected, most clubs reported significant pandemic related losses, but Barcelona FC's €555 million pre-tax loss (up 317%) still raised eyebrows.)

Aside from the effects of coronavirus then, taking its overarching objective of reducing losses and promoting overall profitability, FFP regulation must be considered a success. The evidence suggests that the business model modification it encouraged - player sales and sponsorship income - is responsible for overall improved profitability in European football.

However, the regulation has not been able to curb high wages and transfer fees inflation, which could yet threaten club finances. There have been reports suggesting that Uefa is looking to replace FFP with a salary cap and a luxury tax on transfers, but the organisation has dismissed the idea of abolishing FFP, saying it will "adapt". It may be that the upward trajectory of wages and transfers fees ends up being one aspect of the football business that the regulator will just learn to live with, and decide to play on.