State govt not concerned about lives of people in Kalaburagi: Siddaramaiah 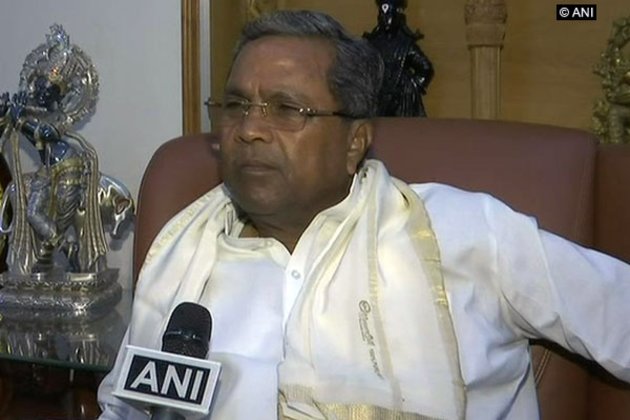 Bengaluru (Karnataka) [India], October 13 (ANI): Karnataka Legislative party leader Siddaramaiah have alleged that the state government is nowhere concerned about the lives of the people in Kalaburagi where the earthquake is scaring people for the last 20 or more days.

Siddaramaiah said, "people are very much scared and they are leaving their villages and going somewhere else after the fear of the earthquake, but still no minister from the government have visited this spot and look after this situation.""Being in responsible post at least Deputy Commissioner of Kalburgi must have visited the Chincholi and Sedam where the earthquake is making people sleepless, she doesn't have any concern towards people, she has sent assistants when she came to know that I was coming there, she came and went back without announcing any relief or solution to the people".

"Being in the responsible and powerful position of Deputy commissioner of Kalaburagi, she could have ordered of relief on the spot," Siddaramaiah said while attacking the Deputy Commissioner.

"Karnataka government must be taken war foot decisions and try to safeguard the people of Afzalpur where people are very much scared at this point of time. The same situation has happened before in Kalburgi but at least now the government would have taken war foot relief decision," added Siddaramaiah.

Following the earthquake, which occurred off the coast of Crete on Tuesday, the island felt two more aftershocks with a magnitude of 4 and 4.4, respectively. More aftershocks could be expected within the next two days before the tremors can be considered over, according to the E.P.P.O, the news said. (ANI)