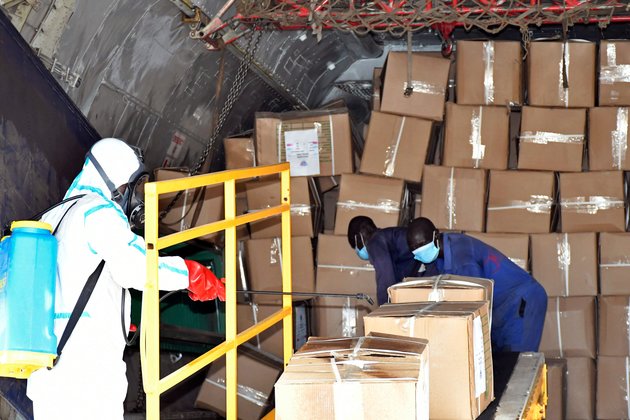 The U.N. Mission in South Sudan (UNMISS) said the individual is a U.N. staff member who has been in the country for nearly five weeks.

Government and U.N. officials told reporters on Sunday they are tracing people who came into contact with her.

"We need to check where that person has been, people she has come into contact with" said UNMISS Chief David Shearer.

Shearer says nearly two weeks ago, UNMISS quarantined 150 individuals who arrived in South Sudan with the last flights that landed in Juba before the Juba International Airport closed.

The majority of those quarantined showed no signs of the virus, but dozens are still isolated as a precaution.

Machar said Sunday that the infected individual had presented symptoms including a fever, cough, headache and shortness of breath at a U.N. Clinic on Apr. 2.

An initial test for COVID-19 came back positive as did a second test.

"The Ministry of Health is leading a full investigation with the World Health Organization and the Center for Disease Control and Prevention including identifying and following up all the possible contacts and next steps," said Machar.

More preventative measures may be taken, according to Machar, should things escalate.

The government and U.N. agencies have called on the public to strictly follow preventive measures aimed at stopping the spread of the virus.

Olushayo Olu, WHO representative to South Sudan emphasized the practice of social distancing.

"There are two to three ways you can contract the disease. It has a droplet in the air so you can actually breathe it but importantly it can also rest on surfaces. So as we move forward, as we try to social distance among ourselves let us also make sure that we don't touch unnecessary surfaces. Let us also ensure that when we touch surfaces and our hands are not cleaned do not touch our face. So I think the message is hand washing," said Olu.

Shearer says unless the public cooperates in practicing the preventive measures, the situation is could get worse.

Trump back playing golf as U.S. returns to 'normal'

Washington D.C. [USA], May 24 (ANI): US President Donald Trump on Saturday was seen golfing at his Virginia club, marking ...

How U.S. led the world in failure to prepare for pandemic

On March 20, just after the World Health Organization (WHO) declared a global pandemic on March 11, the U.S. National ...

WASHINGTON, DC May 23 (Xinhua) - The domestic drivers for the Chinese economy are looking much better and Chinese domestic ...