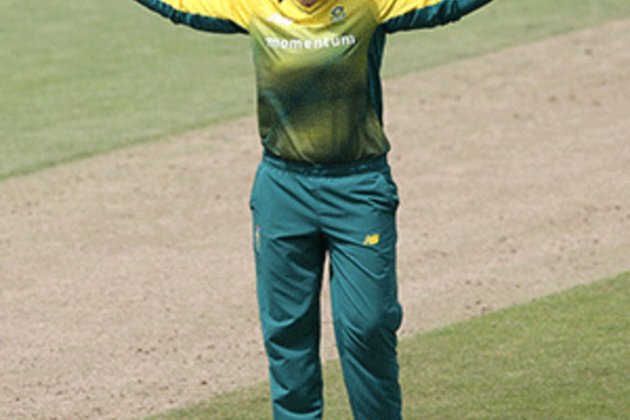 It's been an uphill battle in recent weeks for CSA, with the organisation having to deal with several public blowouts.

CSA had suspended chief executive officer Thabang Moroe, while the president, vice-president and current directors would remain in office.

This led to a massive blowout with the South African Cricketers' Association (SACA) and sponsors Momentum calling for the board to step down.

CSA has already lost Standard Bank as title sponsors after the bank revealed that the cricket governing body had "damaged their reputation".

However, there is some light at the end of the tunnel with the appointments of acting CEO Jacques Faul and interim Director of Cricket Graeme Smith.

Van Niekerk, who is back from the Australia, finally shed some light as to how CSA's off-field drama has affected her side.

"We had a really good meeting as a team of 21, we are not bothered by what's happening... that's the honest truth," Van Niekerk told Sport24 at the Women's T20 Super League launch on Friday.

"We don't care, our objective is to win a World Cup and I feel like that's going to unite the nation just as the Springboks did. Hopefully the nation can unite behind us at the World Cup, which is in two months... that's our objective.

"Obviously it's not ideal, I've been out of the country for the last two months, I'm not quite in the loop of what's going on but I believe us as South Africans have resilience. Whoever they put in charge hopefully will pull things together. "

The South African is currently competing in the second edition of the Women's T20 Super League, which gets underway at Newlands from Saturday to Monday.

Survivors recount horrors of the Holocaust

When the Nazis invaded Poland, overnight, nine-year-old Theodor Meron became "a refugee, out of school, out of childhood and constantly ...

DUBLIN, Ireland - A 37-year old man and his 27-year old wife each been sentenced to around five years in ...

LOS ANGELES - The sports world, particularly the NBA and the broader basketball community, is shocked at the news that ...

WASHINGTON, DC - U.S. President Donald Trump claimed Sunday that his lawyers "absolutely shredded" Democrats' case that he should be ...

SYDNEY, Australia - Stocks in Asia remained in sell-mode on Tuesday, a day after stock market falls were felt across ...

Nike on Monday suspended the sale of Kobe Bryant merchandise on its online store, multiple outlets reported.According to ESPN, a ...

NEW YORK, New York - Stocks around the world tumbled on Monday as fears escalated over the coronavirus which has ...

India puts its stake in national airline up for sale

Varadkar pressing for no trade quotas, no tariffs in Brexit deal

INGLEWOOD, California - The much-heralded SoFi Stadium being built at a cost of $2.6 billion in Inglewood, California, is now ...