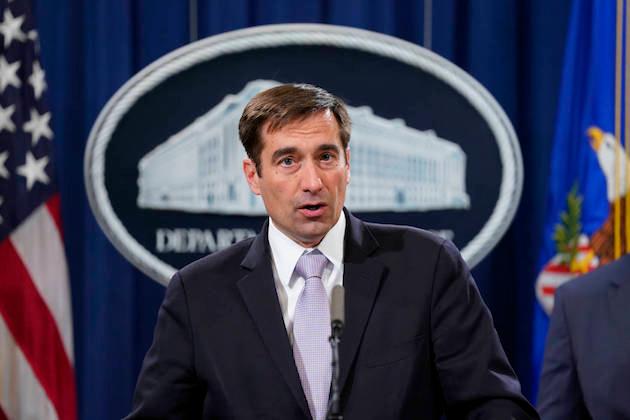 WASHINGTON, DC - A Chinese national has been sent to prison for conspiring to export military and space-grade technology to China.

Tao Li, a 39-year-old man who was born in China, was sentenced this week by U.S. District Judge Diane J. Humetewa to 40 months in prison, followed by three years of supervised release after pleading guilty to the charges against him.

"This case is one of many involving illegal attempts to take U.S. technology to China. Li attempted to procure highly sensitive U.S. military technology in violation of our export control laws. Such laws are in place to protect our national security, and the Department of Justice will continue to vigorously enforce them," Assistant Attorney General John C. Demers said Friday. "We don't take these crimes lightly and we will continue to pursue them."

"If you steal our military and space technology, you should expect to go to prison," Michael Bailey, United States Attorney for the District of Arizona said Friday. "But for the diligent work of HSI and the Defense Criminal Investigative Service, our nation's security would've been damaged by Mr. Li."

"Li's sentencing was the result of a highly successful joint investigative effort with our law enforcement partners and the U.S. Attorney's Office that prevented U.S. military technology from falling into the wrong hands," Bryan D. Denny, Special Agent in Charge of the Defense Criminal Investigative Service, Western Field Office said Friday. "It also reaffirms our commitment to protecting America from this type of activity and, equally so, serves as a warning to those intent on illegally exporting our technologies that the Defense Criminal Investigative Service and its partners will pursue these crimes relentlessly."

"This sentence is well deserved and further demonstrates the lengths of criminal activity by those who seek to engage in illegally obtaining sophisticated materials," Scott Brown, Special Agent in Charge for Homeland Security Investigations (HSI) Phoenix said Friday. "One of HSI's top priorities is preventing U.S. military products and sensitive technology from falling into the hands of those who might seek to harm America or its interests. We will continue to aggressively pursue violators wherever they may be."

According to court documents, between December 2016 and January 2018, Li worked with other individuals in China to purchase radiation-hardened power amplifiers and supervisory circuits and illegally export them from the United States to China. The electronic components sought by Li are said to be capable of withstanding significant levels of radiation and extreme heat, and as a result, are primarily used for military and space applications. Due to the technological capabilities of the electronic components sought by Li and the significant contribution that the components could make to a foreign country's military and space programs, both parts required an export license from the U.S. Department of Commerce, Bureau of Industry and Security, prior to being sent out of the United States. Notwithstanding the licensing requirement, the Department of Commerce says it has has a policy of denial to export these types of electronic components to China.

Between December 2016 and January 2018, Li, who resided in China, used multiple aliases to contact individuals in the United States, including representatives of United States-based private companies, to try to obtain the electronic components. Additionally, Li and his co-conspirators agreed to pay a "risk fee" to illegally export the electronic components to China. To support his request, Li wired money from a bank account in China to a bank account in Arizona.

Li was arrested in September 2018 at Los Angeles International Airport, as Li attempted to travel from China to Arizona to meet with one of the undercover agents.

The investigation in the case was conducted by HSI and DCIS. The prosecution was handled by Todd M. Allison and David Pimsner, Assistant United States Attorneys, District of Arizona, Phoenix, with assistance from Scott Claffee, Trial Attorney, Department of Justice National Security Division.

Coronavirus more closely aligned to flu than other viruses

CHICAGO, Illinois - Scientists in China who studied the nose and throat swabs from 18 patients infected with the new ...