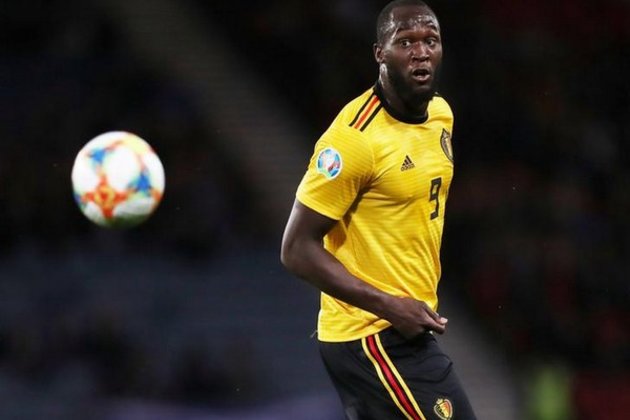 Leeds [UK], Sept 10 (ANI): Belgium player Romelu Lukaku, who is just one goal behind touching the half-century for his country, said he will get to that milestone and termed himself a 'killer' on the field.

Belgium registered a massive 4-0 win over Scotland during their UEFA Euro Qualifiers on Tuesday with Lakaku scoring the opening goal.

"I'll get to that 50th goal. I have to say that I was more concerned with the 30th, when I was able to break the record. I don't dream about the 50. I really don't. I'm relaxed. I am a killer on the field, but not next to it. I was happy with that goal," Goal.com quoted Lukaku as saying.

"It was a long time ago that we had scored another goal on the counter. If we can play like this, we are deadly. The best counter-attacking team in the world," he added.

Lukaku said: "I am happy that I could give an assist to De Bruyne. He finished it nicely." (ANI)

DELHI, India - Five people have been killed in a building collapse in the Indian capital of Delhi. Another 3 ...

WASHINGTON, DC - Thirty-four U.S. service members have been diagnosed with concussion and traumatic brain injuries as a result of ...

BEIJING, China - The death toll and infected rate from the Wuhan coronavirus in China has increased dramatically, while the ...

Etihad takes delivery of 38th Dreamliner, with a new twist

CHARLOTTE, North Carolina - General Motors is to open a new technical center focused on performance and racing in the ...

DENVER, Colorado - The U.S. Federal Aviation Administration (FAA) has issued a Finding of No Significant Impact/Record of Decision for ...

DUBLIN, Ireland - The importance of the tourism industry to Ireland has been highlighted in a report which has examined ...

SYDNEY, Australia - Shares in China dropped sharply on Friday as two populous cities in the country went into lockdown ...

The Hunt for Red October