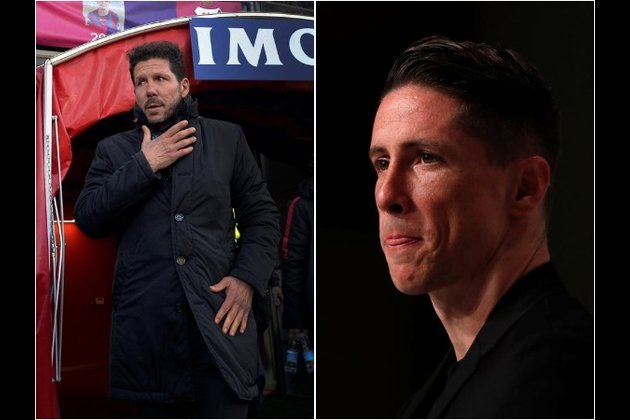 His remarks come after Torres' last professional football match. The 35-year-old Torres had announced his retirement from football in June this year.

"I think Fernando is very intelligent, an absolute legend of football, he has earned his place in football for his work, commitment and respect for others. He has always had great respect, as a person and footballer," Goal.com quoted Simone as saying.

"I imagine he will take his time to prepare and decide in the best way where he wants his career to take him after retirement and respond to that responsibility. Hopefully, that's not in so many years, because then we could meet again," he added.

Torres played his last game for Japanese club Sagan Tosu against Vissel Kob. His team-mates Davia Villa and Andres Iniesta were also a part of the match.

The 35-year-old started his career at Atletico Madrid. He captained the team at just 19 and Simone used to be a team-mate of Torres.

He managed to win two European Championships (2008, 2012) and FIFA World Cup (2010) for Spain. He also scored the winning goal for Spain in the 2008 Euro Cup final against Germany.

Iran slow to hold security forces to account over protests

BEIRUT, Lebanon - Iranian authorities have failed to hold security forces accountable for excessive and unlawful use of lethal force ...

SYDNEY, Australia - Stocks in Asia nose-dived on Tuesday, following on from a sharp sell-off on global markets overnight, during ...

Los Angeles - Kobe Bryant's widow Vanessa filed a lawsuit on Monday against the operators of the helicopter that crashed ...