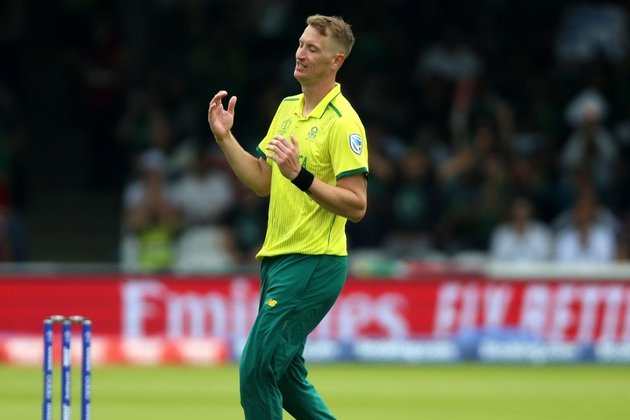 Chris Morris will not be part of South Africa's T20I side in India in September, but he remains in Cricket South Africa's plans for the future. "He still wants to play cricket for South Africa," CSA's acting Director of Cricket Corrie van Zyl said of Morris' status after the 32-year-old allrounder did not make himself available for selection for the India tour, which includes three T20Is and three Tests.

Morris' national contract expired after the World Cup in England, and he has spent the last month playing for Hampshire in the Vitality Blast, alongside former Proteas Rilee Rossouw and Kyle Abbott. Morris has taken eight wickets and scored 84 runs so far in his time with Hampshire, but they are currently nestled at No. 6 in the South Group points table, with five defeats from nine games. ESPNcricinfo understands that Hampshire are not pursuing a Kolpak deal for Morris.

Those commitments could well include the Caribbean Premier League, which starts on September 4. Morris has previously been contracted to the St Kitts and Nevis Patriots in the competition. The Euro T20 Slam also takes at the same time as the T20 leg of South Africa's trip to India, starting on 30 August and ending on 22 September, the same day as the third T20I between South Africa and India.

"It absolutely does not mean that the door is closed, and we will start negotiations on a new contract again after the tour," Van Zyl added.

Morris should be in the frame for what will be a busy home summer, with England and Australia both visiting before South Africa return to India in March next year.