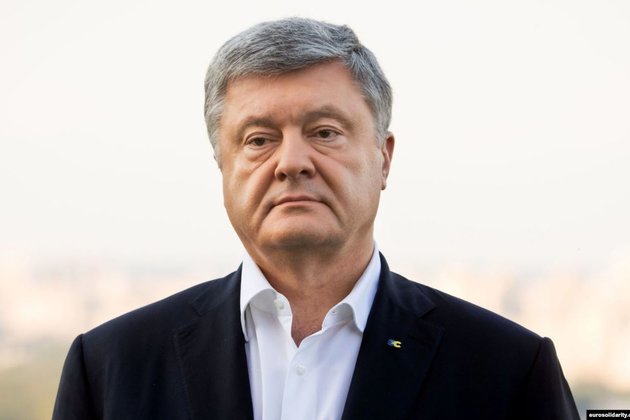 Former Ukrainian President Petro Poroshenko has been questioned as a witness by the State Bureau for Investigations (DBR) in a tax evasion case.

After the questioning lasted for more than two hours on August 12, Poroshenko told reporters that he was ready to answer investigators' questions but in the studio of the Pryamiy (Direct) television channel. He also said he would be willing to take a lie-detector test.

'I do not trust the DBR and its leadership. I do not believe that investigators are objective and unbiased,' Poroshenko said. 'And I am ready to pass a polygraph test during a Pryamiy live broadcast.'

Earlier in the day, the DBR's director, Roman Truba, said that a polygraph will be used at Poroshenko's next questioning.

According to Truba, Poroshenko was questioned as a witness in a case related to alleged tax evasion connected to the purchase of the Pryamiy television channel.

This is Poroshenko's second questioning by the DBR in weeks.

Poroshenko lost a reelection bid in April to Volodymyr Zelenskiy.

A day after Zelenskiy's inauguration in May, Andriy Portnov, a former deputy head in the administration of former Ukrainian President Viktor Yanukovych, returned to Ukraine from self-imposed exile abroad and filed several lawsuits against Poroshenko accusing him of crimes including economic misdeeds and illegal attempts to retain power.

A billionaire confectioner, Poroshenko and his party successfully ran on a pro-European, anti-Russian ticket in July parliamentary elections, winning 25 seats.

Based on reporting by UNIAN, Ukrayinska Pravda, and Gordon