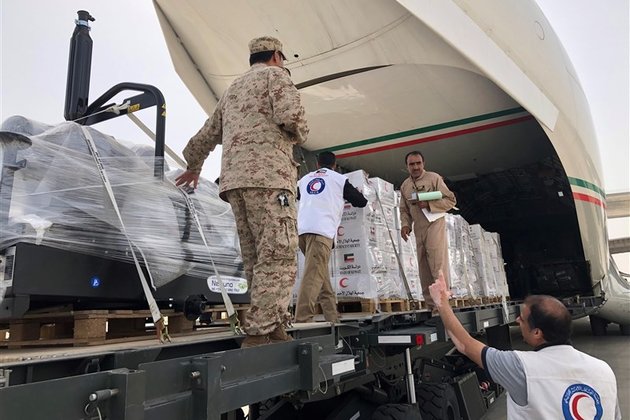 In an interview on Saturday, Foreign Ministry Spokesman Bahram Qassemi said the first consignment of flood relief aid from Kuwait that was provided for Iran in recent days signifies the prevailing sense of responsibility for humanitarian issues, the solidarity, and expression of fraternity among the Muslim nations at the time of natural disasters.

He noted that a number of other Asian and European countries are also attempting to freight humanitarian aids to Iran's flood-hit areas, saying he will announce more details in future.

On Friday, the first aircraft of a Kuwaiti relief bridge landed in Iran on the orders of Kuwait's Emir Sheikh Sabah Al-Ahmad Al-Jaber Al-Sabah.

The plane carried around 40 tons of aid and a team of Kuwaiti volunteers to Iran.

Record spring rainfall that has battered Iran in the past weeks caused serious flooding in many areas, mainly the provinces of Golestan, Lorestan, Khuzestan, Fars and Ilam, forcing thousands to leave their homes.

The death toll from the floods has hit 70, while the highest number of casualties occurred in the province of Fars with 21 deaths.

While residents in some western areas are still in need of relief aid, the Army Ground Force, the Islamic Revolution Guards Corps (IRGC), and Basij have deployed forces, heavy military machinery, aircraft and boats to the disaster zones.

DELHI, India - Five people have been killed in a building collapse in the Indian capital of Delhi. Another 3 ...

WASHINGTON, DC - Thirty-four U.S. service members have been diagnosed with concussion and traumatic brain injuries as a result of ...

BEIJING, China - The death toll and infected rate from the Wuhan coronavirus in China has increased dramatically, while the ...

Etihad takes delivery of 38th Dreamliner, with a new twist

CHARLOTTE, North Carolina - General Motors is to open a new technical center focused on performance and racing in the ...

DENVER, Colorado - The U.S. Federal Aviation Administration (FAA) has issued a Finding of No Significant Impact/Record of Decision for ...

DUBLIN, Ireland - The importance of the tourism industry to Ireland has been highlighted in a report which has examined ...

SYDNEY, Australia - Shares in China dropped sharply on Friday as two populous cities in the country went into lockdown ...

The Hunt for Red October