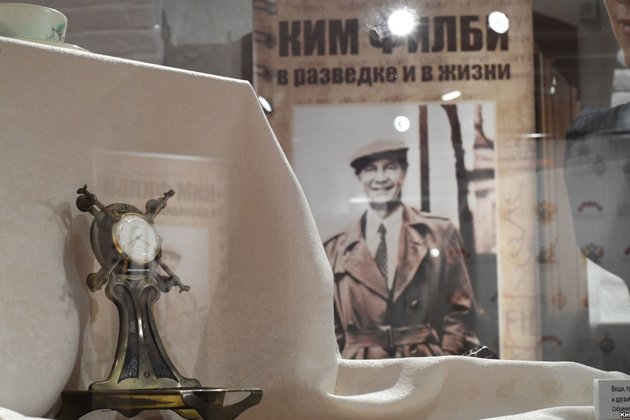 A square near the Moscow headquarters of Russia's Foreign Intelligence Service (SVR) has been named after Kim Philby, a British spy who defected to the Soviet Union in 1963.

The intersection in the southwestern part of the capital was renamed Kim Philby Square following the signing of a decree by Moscow Mayor Sergei Sobyanin on November 6.

The action comes at a time of heightened tensions between Russia and Britain over the poisoning of a Russian former spy and his daughter in the English city of Salisbury in March. Britain and most of the West has blame Russia for the Soviet-designed nerve agent attack on Sergei and Yulia Skripal, although Moscow denies any involvement.

Philby, considered his country's biggest Cold War traitor, joined Britain's MI6 foreign intelligence service in 1940 and rose to the head of its counterespionage division. He also served as intelligence liaison with the United States.

He was exposed as a double agent in 1963 after passing information to Moscow over three decades and defected to the Soviet Union while being stationed in Beirut.

He lived in the Russian capital until he died in 1988, although nowhere near the square named in his honor.

The move comes months after a street plaza opposite the Russian Embassy in Washington was renamed in February to honor Boris Nemtsov, the Russian opposition leader who was assassinated in Moscow in February 2015.

Based on reporting by AP, AFP, and the BBC